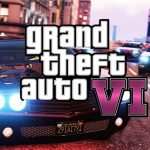 GTA is nothing short of a gaming school. Given the long-running profitable and significant accomplishment, GTA 6 (Grand Theft Auto 6) is something of an inevitability, & it seems clear that the following installment of Rockstar's franchise will be focused around the Xbox Two and PlayStation5 consoles. Back in March 2016, It was revealed that GTA 6 was in making. … END_OF_DOCUMENT_TOKEN_TO_BE_REPLACED

We at Discover Diary work on delivering the latest news from all around the world in the field of Anime, Gaming, Movies, TV Shows and Comics to fans and every Geek.