Winter 2019 season is coming to an end and we are soon entering Spring 2019. But before that let’s see which were the most popular anime of Winter 2019. This list is based on Kissanime’s ranking of this season.
1.Tate No Yuusha No Nariagari

English Title:- Rising Of The Shield Hero
Even though The Rising of the Shield Hero faced controversies on its release, it still made it to the No.1 position on Kissanime seasonal rank.
Naofumi Iwatani is a college student and otaku living a normal life. While looking for Light Novels in library he comes across a book telling the story of four legendary heroes-the Spear Hero, the Bow Hero, the Sword Hero and the Shield Hero, who defend the world from waves of calamity. As he goes on reading the book he sees that the remaining pages are blank and is suddenly summoned into the kingdom of Melromarc as one of the legendary heroes; the Shield Hero, along with other three who are given the other legendary weapons. Naofumi was discriminated against for being the Shield Hero the moment he stepped into the fantasy world. He was prejudiced to be useless due to the Shield’s lack of offensive abilities. The only person willing to join his party was a pretty girl named Malty. However, she betrays him. His belonging and money were stolen and on top of that he was accused of rape by Malty. In the matriarchal country of Melromarc Naofumi is now branded as a criminal and made a social outcast. The only way for him to go back home is by summoning new heroes for which the earlier heroes have to either die or save the world by defeating all the waves. Filled with hatred Naofumi sets out alone with no choice but to buy slaves as his party members in order to survive in the world that’s turned against him.
This anime received lot of controversies on its release and still faces some because of Naofumi’s personality. But when you watch this story don’t pay attention to any controversies and try to understand Naofumi’s actions instead of his words. That’s when you will truly understand what the story of Shield Hero is about. 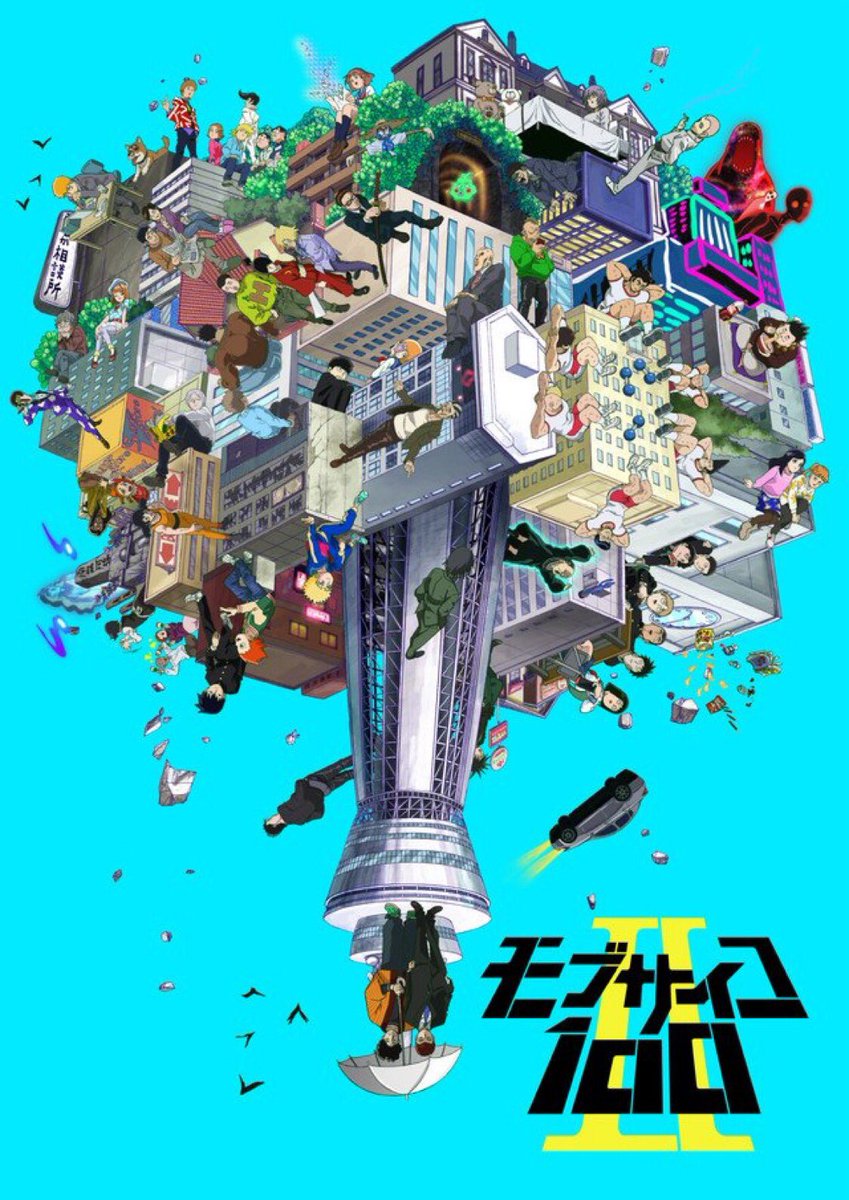 The story follows a middle school kid Shigeo Kageyama who develops psychic powers at very young age. He soon realizes that his strong powers pose danger to the people around him, so he decides to suppress his powers. Shigeo is nicknamed ‘Mob’ as he is plain looking and doesn’t stand out much, he has a personality that mostly only makes him part of the crowd. Reigen Arataka, a con artist takes Shigeo under his wings offering to help him control his powers. Though Reigen exploits Shigeo by using his powers to take on exorcising jobs, he still helps him grow as an individual. While the first season of Mob Psycho focuses on Shigeo’s powers, the second season focuses on his personality development and social interactions. The second season shows how much Shigeo has developed as a human and how different he is from season one. 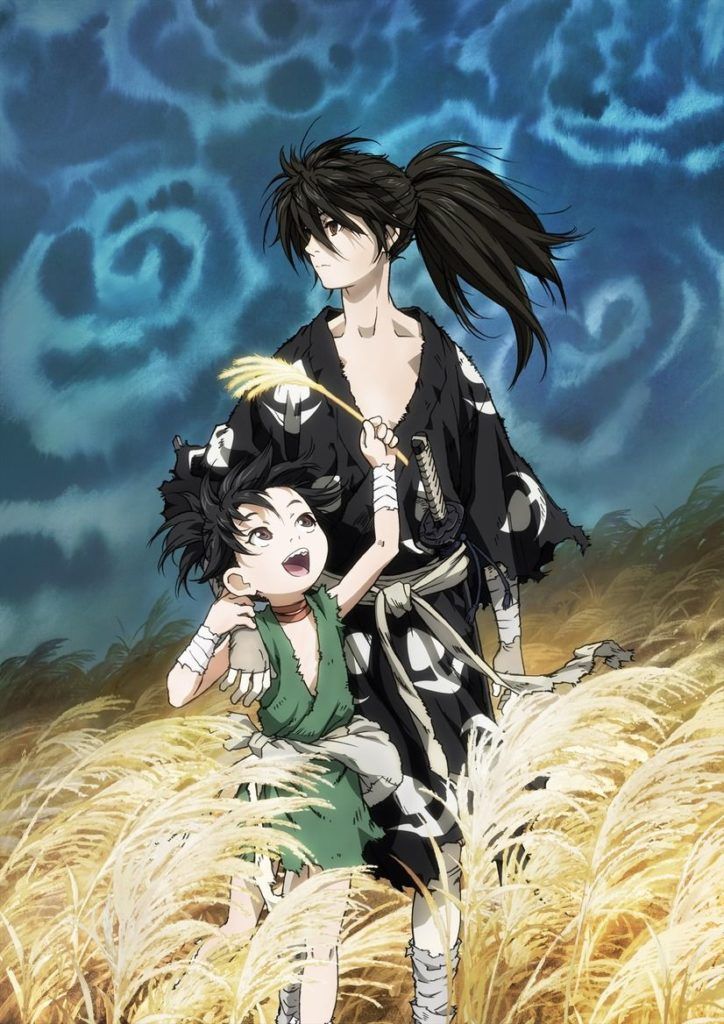 This is a remake of Osamu Tezuka’s old anime released in 1969, named ‘Dororo To Hyakkimaru’ (English Tittle: Dororo and Hyakkimaru).
After losing all hope of being blessed by the Gods, a Samurai Lord makes a deal with Demons to grant him the power to make his land prosperous, hoping to go down in history, in exchange of anything that is his. The Demons accept his offer and each one of the Demons take one part of the Lord’s son at his birth. This infant was then abandoned to die. But he survives thanks to a doctor who raises him and gives him prosthetics that make him able to live a stable daily life. The boy was named Hyakkimaru. Soon the doctor and Hyakkimaru find out that Hyakkimaru will get his parts back by killing the Demons who took them. Thus, Hyakkimaru sets of on a journey to kill the Demons. On his journey he meets a little kid named Dororo who quickly sticks by his side. As Hyakkimaru and Dororo travel the land together, they help each other overcome their issues. 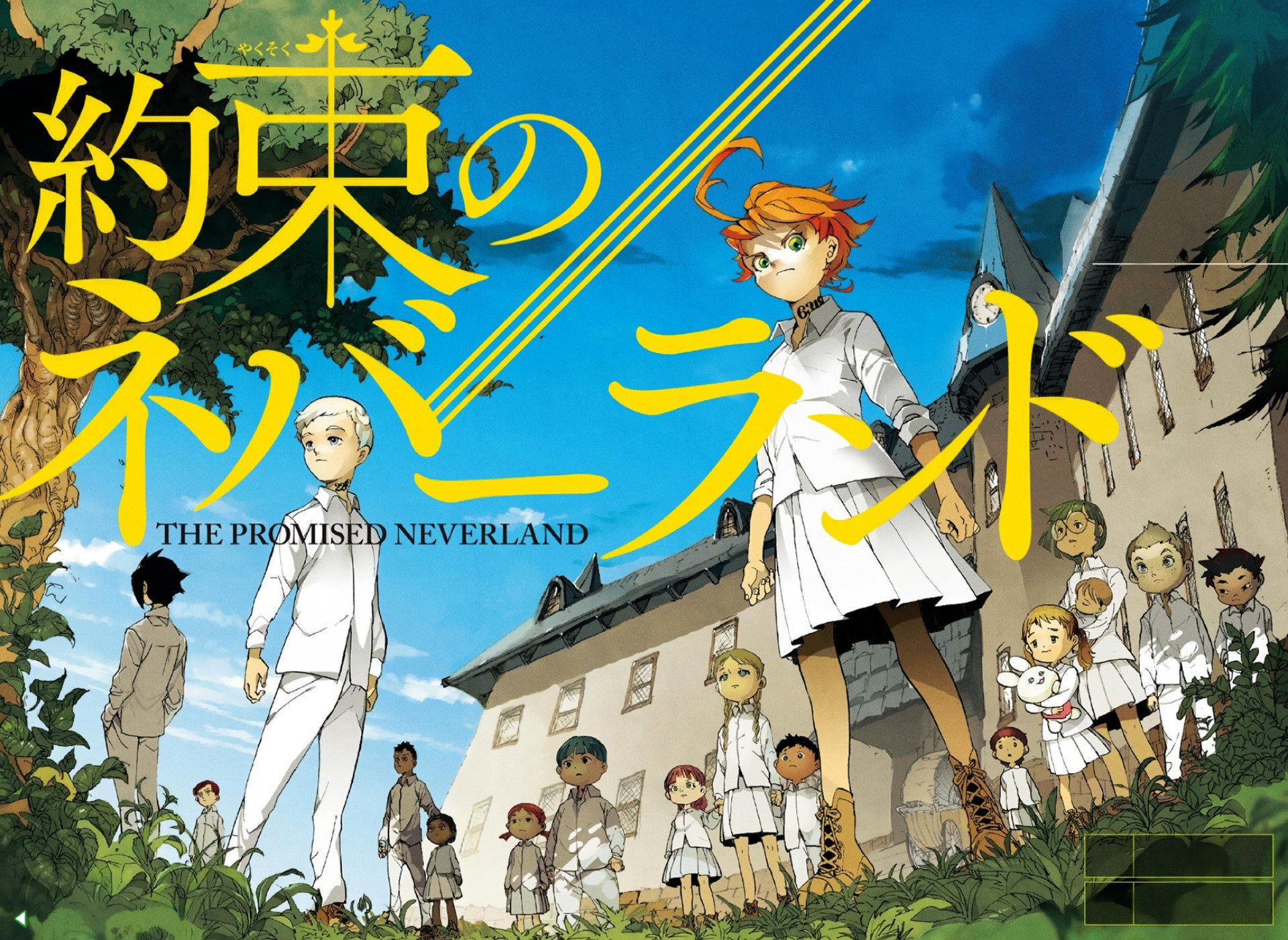 English Title:- The Promised Neverland
Surrounded by forest is an orphanage named ‘Grace Field House’. The ‘Mama’ of the house Isabella looks after the children with utmost care and all the orphans in the house live together as one big happy family. The children are required to take daily tests and then they are free to spend their time as they wish. The children usually spend their time playing around the house, but they are not allowed to go beyond the gate or into the forest beyond the fence. Though the children are close as siblings, once a child is adopted and sent to live with their foster parents, no one ever hears from them again. One day the oldest children Emma and Norman go to the gate to return a stuff bunny to a girl who was to be sent to live with her new parents, but what they saw was a traumatic cruel fate that awaited all the children living in the orphanage. Now Emma and Norman along with other oldest children of the house have to deceive a plan to get everyone to run away from the orphanage.

English Title:- Kaguya-sama: Love Is War
Shuchiin Academy is a renowned school attended by the most talented students. So of course their student body leaders are top class students. Miyuki Shirogane who places first in all academic work is the student council president. And Kaguya Shinomiya, the daughter of a wealthy family that has great influence in the country is the vice president. Having worked side by side for such a long time, both Kaguya and Miyuki have developed feeling for each other. But because of their pride they feel that the first person to confess is the loser and will be considered less important to the person who was confessed to. This is a romantic comedy where both the party try to emerge victories in their romantic hierarchy by trying to compel the other to admit their feelings first. 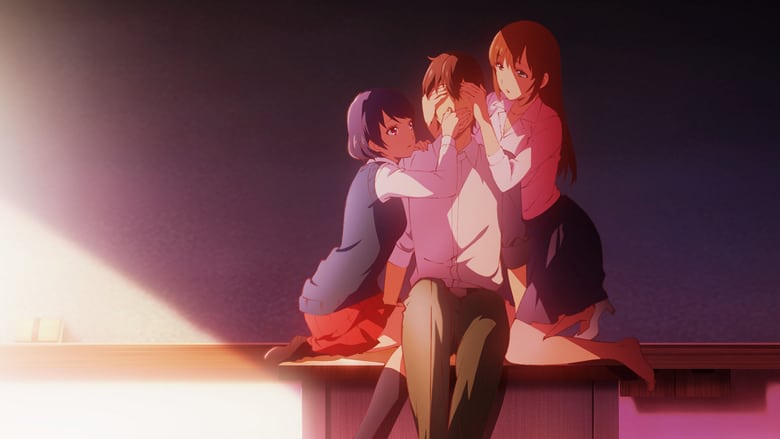 English Title:- Domestic Girlfriend
Natsuo Fujii has a crush on his teacher Hina. In order to forget his feelings towards his teacher, he goes to a mixer with his classmates. There he meets a girl named Rui Tachibana. She asks Natsuo to sneak out with her and to do her a favor. She takes Natsuo to her house, that’s when the situation takes a turn of events. To Natsuo’s surprise, Rui’s request to him was for him to have sex with her. With no special feelings behind the request, Rui only wanted to do it for experience. Natsuo hesitantly agrees to the request thinking that it might help him get over his crush that he has on his teacher Hina. This course of action led to another turn of events when Natsuo’s father decides to remarry. Natsuo ends up having two new step sisters whom he is well acquainted with. His new step sisters living with him are his teacher Hina and the girl Rui. Natsuo is now stuck in an unexpected and awkward love triangle. 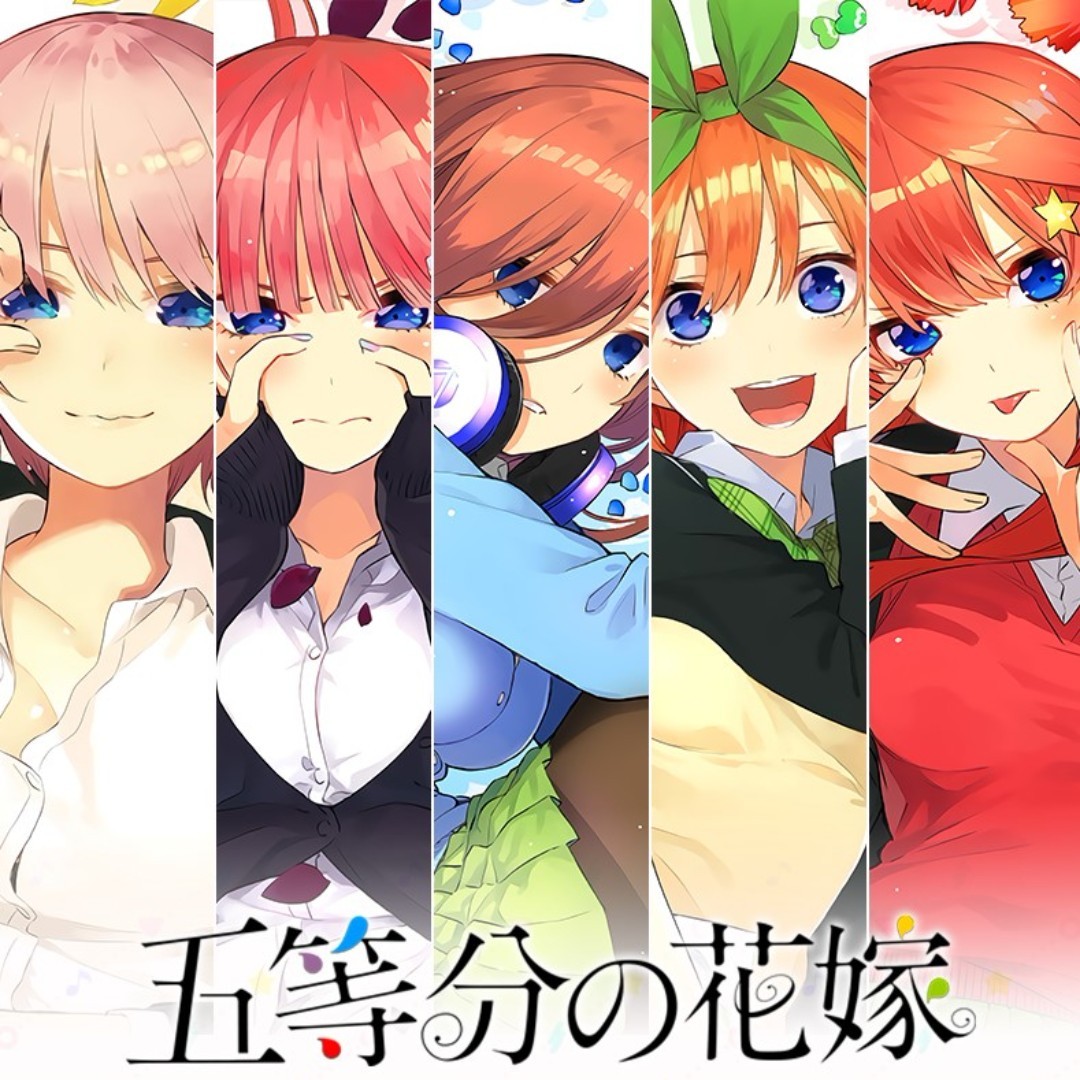 Uesugi Fuutarou, a highschool boy works part time as a tutor. His job is to help five daughters of a rich businessman to graduate. Being desperate for money Fuutarou accepts to tutor the quintuplets, but what will he do when all five of these sisters hate studying the most? These quintuplets would do anything other than studying and keep finding excuses to slack off. Now Fuutarou must come up with ideas to make the sisters study to help them graduate in order to get paid. This anime is a romantic comedy set in highschool. 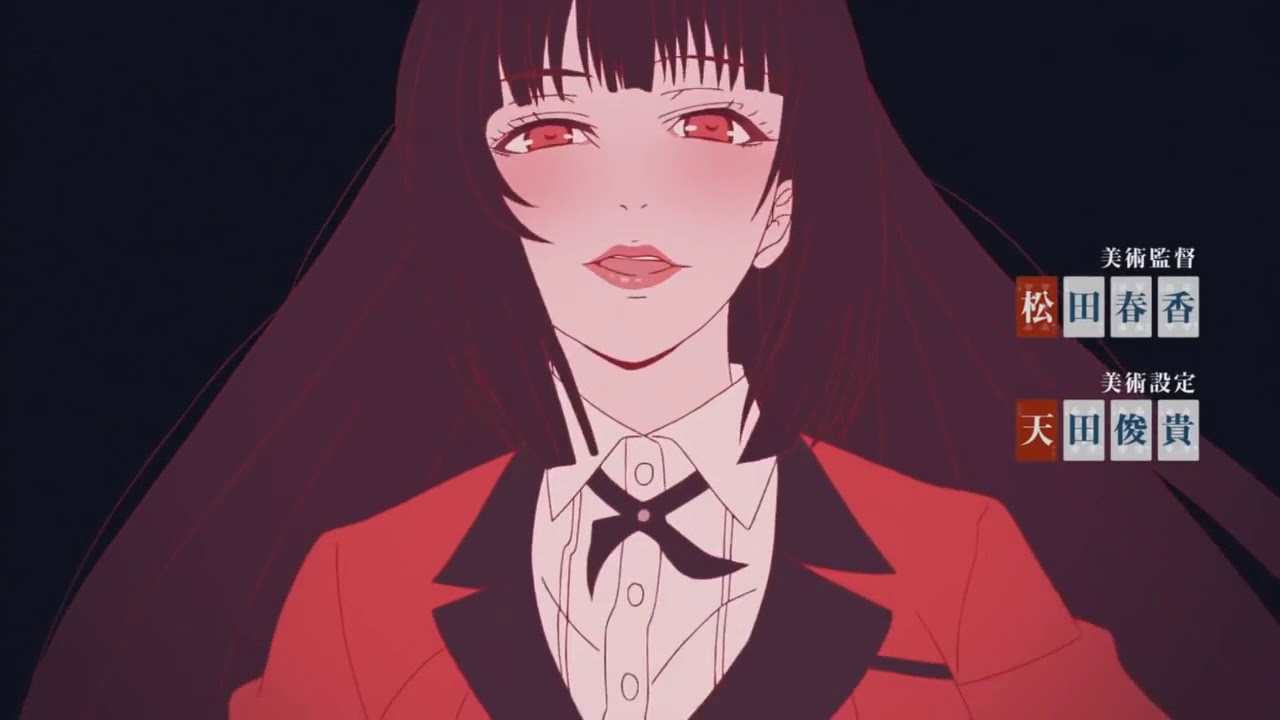 Hyakkaou Private Academy has children of wealthiest families from all over the world attending the school. The school seems like any other normal school educating students in various subjects. But as the school has the richest kids from all over the world it has it own unique curriculum. At night this school turns into a gambling den where students master the skills of manipulating and getting upper hand against other. Jabami Yumeko a transfer students enrolls in the school’s special curriculum. The entry of Yumeko brought a twist in the Academy’s gambling culture and she has showed whose the best and will continue doing so in the 2nd Season as well. 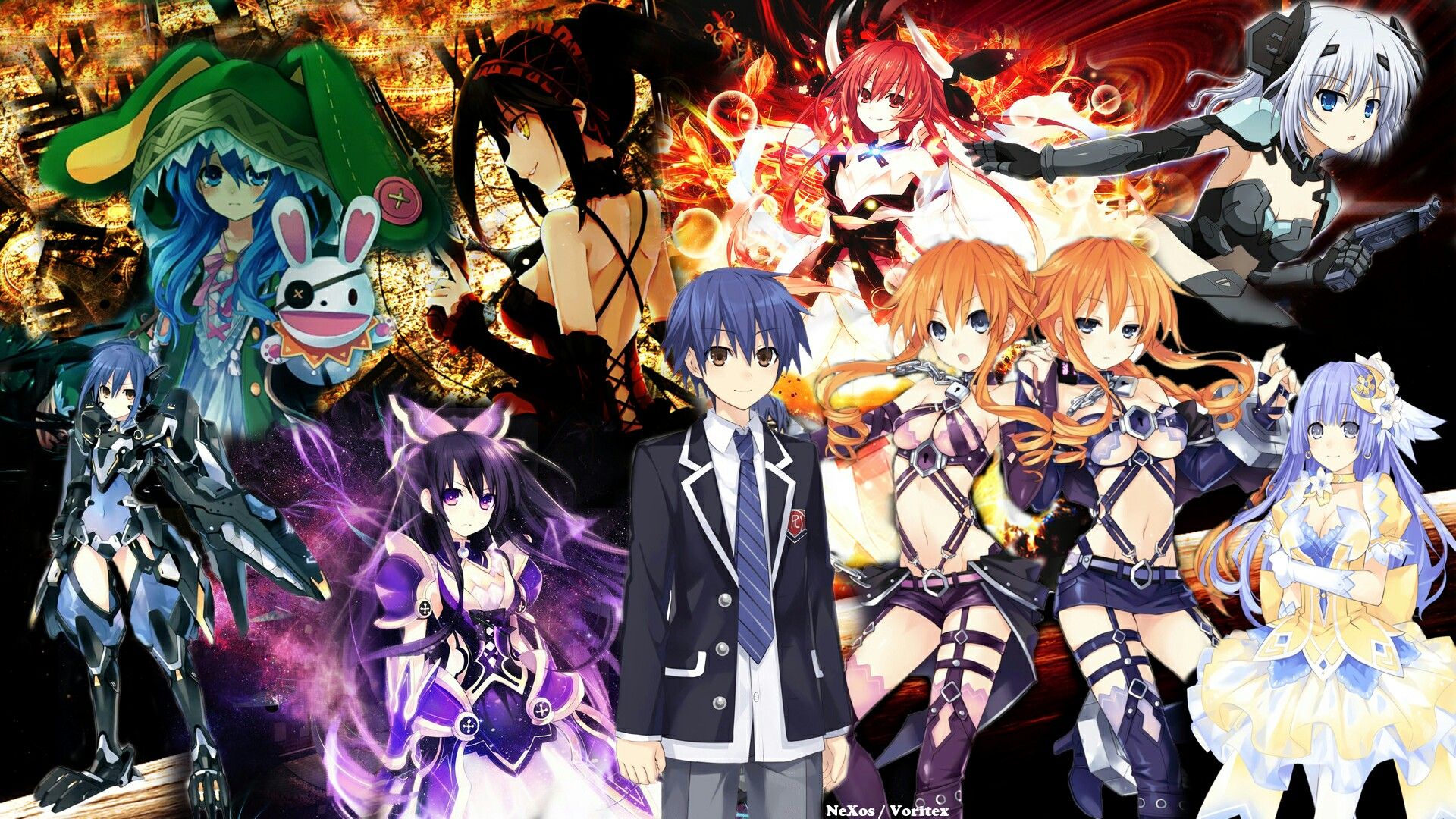 Thirty years ago started a phenomenon called Spacequake. The enormous explosion from the first spacequake killed almost 150 million people. A highschool student Itsuka Shidou lives with his little sister as their parents are away. Shidou one day trying to save his sister from a spacequake, gets caught in the midst of the blast, where he finds a mysterious girl. This girl was a powerful spirit who is actually not from this world. Shidou is rescued by a team that deals with these spirits and it turns out that this team is led by his sister! Shidou soon finds a way to peacefully deal with these spirits, that is to make them fall in love. This is the 3rd season of Date A Live where we have the seventh spirit named Natsumi. 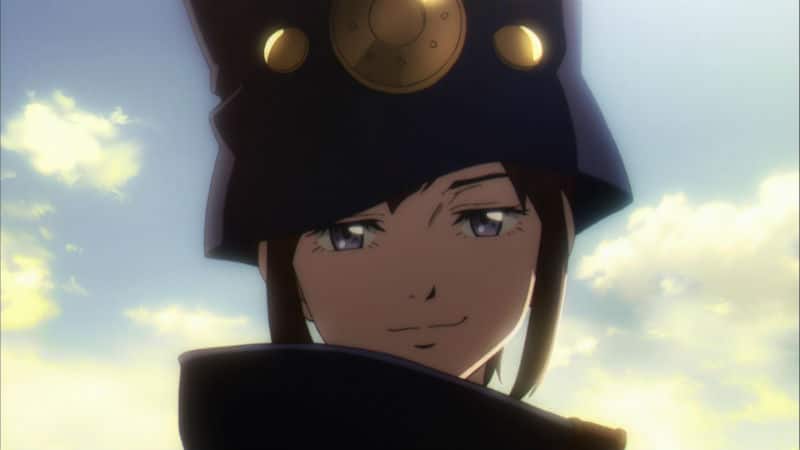 The supernatural being called Boogiepop is a shinigami like entity who is said to murder people before their beauty wanes. A number of disappearances take place at at Shinyo Academy which are assumed to be run-aways by the school. These incidents have caused Boogiepop to awaken.

These Celebrities Have Become Fashion Icons – Find Out Who They Are