Mobile MOBA games are quite popular these days. One of which is the extremely fun-to-play Mobile Legends.

Mobile Legends is a team-based multiplayer online battle arena mobile game where five players from each team battle it out inside an arena. The team that destroys the enemy base wins the match.

But here is where it gets difficult, there are different heroes to choose from and strategies to utilize. Learn more about how to play Mobile Legends, ways to get free diamonds and BP, and more with the guide below.

Playing Mobile Legends involves a lot of strategies. Every strategy should be efficient so that it allows you to win more games. One very good strategy is what is called meta.

Meta is short for the most effective tactics available which is the best way to achieve the objective of the game-winning. For now, the best meta in Mobile Legends is the 1-3-1 rotation where the team is composed of a marksman or carry, two fighters, one tank, and one support or a mage.

Both fighters will take up the side lanes while the three remaining members will take the mid-lane. This ensures that the marksman will have the most gold and is well protected from ganks.

This also gives all the buffs to the marksman thus allowing him to grow strong at the fastest possible time so the team can then close the game. Both fighters can either split push or become backup plans in case the marksman is not well fed.

The 1-3-1 rotation is just one of the best meta that you can utilize in Mobile Legends. There are still so many metas and team compositions to try out in the game. All you need to do is to watch what the professional players are playing and emulate their success.

Most pro teams always use the best strategies to help them win the game. Sometimes, they also innovate and create their meta to surprise their opponents. This is a good way to learn a new meta that you can also use together with your friends.

With every new patch, there will be stronger heroes and some that get weaker, and this can easily change the way the game is played. This is why it is best to watch the pro players first. Remember to practice before you use it on your ranked games to avoid getting demoted.

Make Sure to Check the Minimap Regularly

The minimap is placed at the top portion of the screen and it is one of the best tools to win the game. It gives out tons of information from your enemies thereby allowing you to strategize effectively.

You learn where your enemies are and what their plans are so you can act accordingly. Always make sure that you check the minimap regularly so you can predict the enemy’s movements and avoid getting ganked especially during the landing phase.

Prioritize Taking Down Turrets Instead of Kills

Mobile Legends is an action-packed game and it can be quite addicting to dominate your opponents, especially if you know you’re in the lead. This happens a lot especially when you’re new to the game as you feel the rush of crushing your enemies.

One thing to note about the game is that things can change in an instant. You might be winning but a failed team fight can result in giving the enemy team an upper hand. Prevent this from happening by focusing on taking down turrets instead of kills.

Sure, it feels good to get a lot of kills to boost your ego but it feels much better when you win the match. Remember that the game is won by destroying the enemy base and not by the amount of kills you get.

What Is the Best Time to Gank Another Lane?

Ganking a lane is one way to get an upper hand against the opposing team. This gives you tons of gold as a reward for killing your enemy as well as enough time to farm even more gold.

Ganking takes a lot of skill to execute as well as perfect timing. The best way to gank a lane, especially if you are a support or you simply want to roam to get an advantage in another lane, is by shoving your creeps towards the enemy tower and heading over to another lane.

Your lane opponent will not know where you’ll go. Go ahead and ping your teammate that you want to gank their lane so they can also set up an attack.

Execute the gank and claim your prize. Your enemies will never know what happened and you can go back to your lane to farm.

Continue to Farm for Gold

Gold is a resource in the game that will let you purchase new items to make your heroes stronger in battle. It is one of the most precious commodities that can only be acquired by killing creeps or the enemy.

This is why many are attracted to playing aggressively but end up getting killed thus giving more gold to the enemy. Try to farm for gold as much as possible and learn how to size up your enemy first before you attack.

Level Up as Fast as Possible to Unlock Spells and Emblems

Every time you play the game, you also receive experience points that will level up your account. The more you level up, the more you unlock features in Mobile Legends.

Two of them include Spells and Emblems which are integral to your survival within a match.

Spells are great at helping you create an advantage such as Flicker which teleports your hero to a nearby location and is also a great way to escape from a sticky situation.

Emblems add a little bit of your hero’s in-game stats which gives you a bit of an advantage over your opponents. Level up as fast as you can so you can unlock all of them.

Focus On Taking Down the Turtle and the Lord

Mobile Legends has two monsters located on each side of the river that gives a lot of advantage to whoever kills it and these are the Turtle and the Lord. The Turtle spawns at the three-minute mark and then leaves the map after the seven-minute mark if it is left alone. Killing the Turtle gives the player a buff which you can then take advantage of to win the game.

The Lord, on the other hand, appears nine minutes into the game. Defeating the Lord will allow you to spawn him into a lane, in which he then marches forward towards the enemy base. This is a great time to close the game with how fast he can take down turrets.

Both the Turtle and the Lord give a huge amount of gold and experience which your team can truly benefit from. Focus on taking down both and you will surely win more matches.

How to Get Free Diamonds and BP

Apart from gold, there are other resources that players will also need to help them unlock more features in the game.

There are diamonds and battle points or BP. Diamonds are the premium currency used to purchase cosmetic skins and many other exclusive items whereas BPs are commonly used to purchase new heroes to add to your roster.

Getting free diamonds and BPs can be done if you know what to do. The first thing that you do is to log in to the game every day for the next seven days to receive a huge amount of BP.

You can also join events to get extra diamonds and BPs for free. Win more matches and collect rewards including BPs. You can also use boosts to help you receive more BPs after winning the match.

Follow Your Favorite Streamer to Get Even More Diamonds for Free

Another good way to earn diamonds for free is to follow your favorite Mobile Legends streamer.

Mobile Legends is a very popular mobile game in many regions and most streamers often reward their loyal viewers and followers with free diamonds.

Check out their streams and follow them to see what they have in store for you.

Mobile Legends is a highly strategic mobile game. This makes it very challenging yet also fun to play especially when you play it with friends.

Go ahead and download the game today at the Google Play Store or the Apple App Store and follow the tips mentioned above. 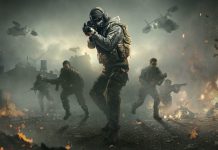 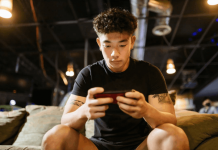 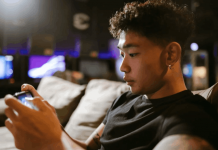