Makoto Shinkai is well known for many movies such as Byōsoku Go Senchimētoru (5 Centimeters Per Second), Hoshi O Ou Kodomo (Children Who Chase Lost Voices), Kotonoha No Niwa (Garden Of Words), etc. Kimi No Na Wa (Your Name) his movie that released in 2016 is known for being the highest grossing film. Since then everyone’s eyes are on what new will Shinkai come up with. 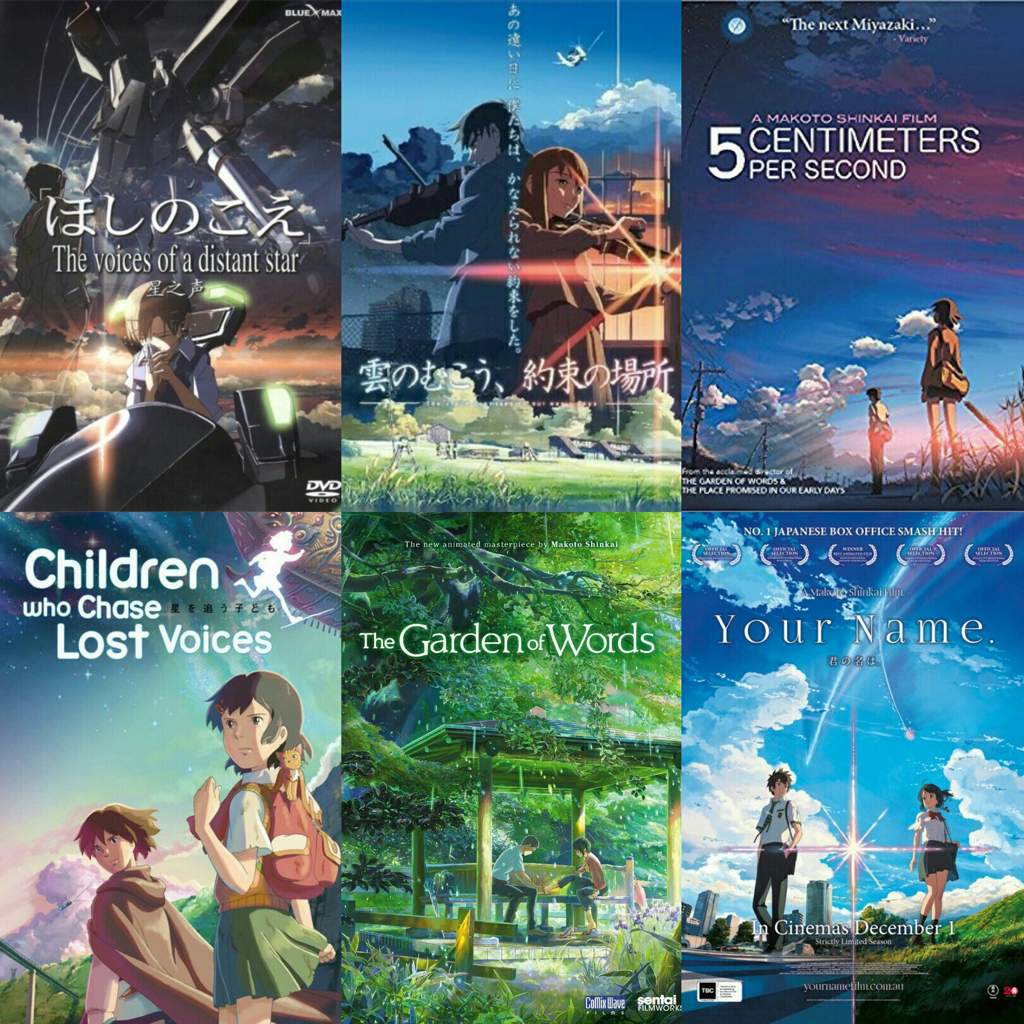 His upcoming movie Tenki No Ko (Weathering With You /Child Of Weather) is going to have a worldwide release. For this movie to be released in India, Indian anime fans started a petition. Everyone has been spreading this petition online hoping for the best. This petition by now has more than 30,000 signs. 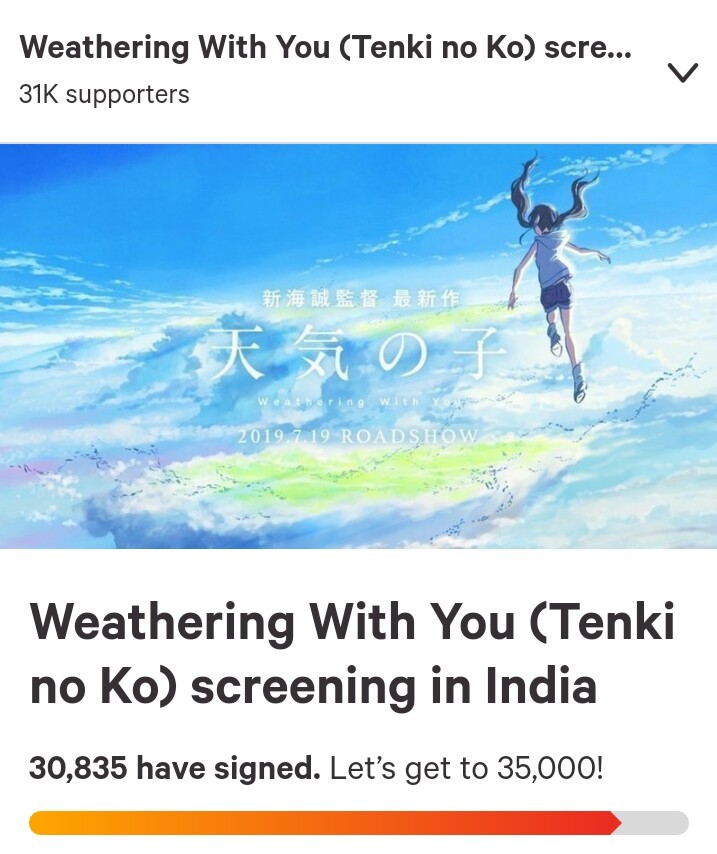 The intention behind this petition was to get the demand of anime into the notice of big cinemas or companies in India. PVR brought the Dragon Ball Broly movie in India after noticing the petition that was created by fans for its release, but they can’t bring Tenki No Ko to India due to copyright reasons.
After this, the Indian fan community decided to tweet Makoto Shinkai himself regarding this matter. And an unexpectedly quick reply was received. Makoto Shinkai on April 18 tweeted that he will talk to the distribution companies regarding this matter. 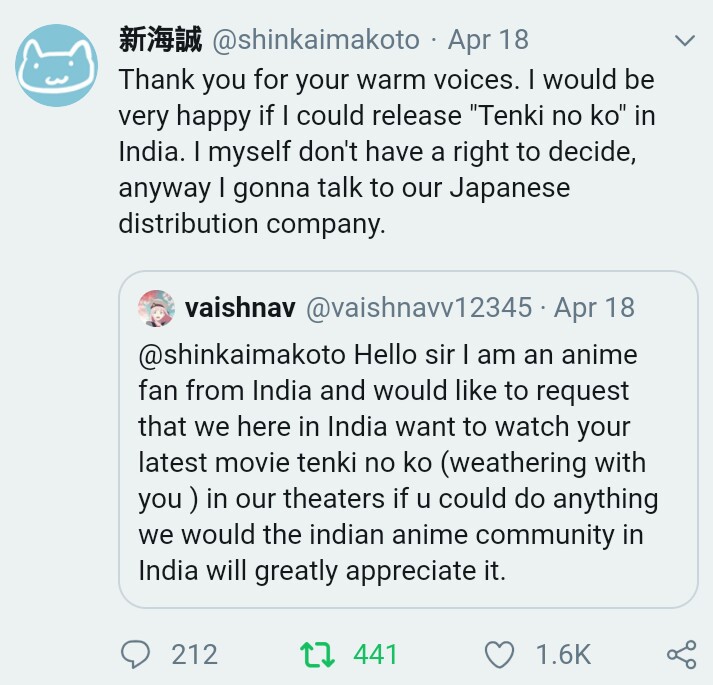 Right on the next day, he tweeted that 20,000 signs would be big enough to consider releasing Tenki No Ko in India. 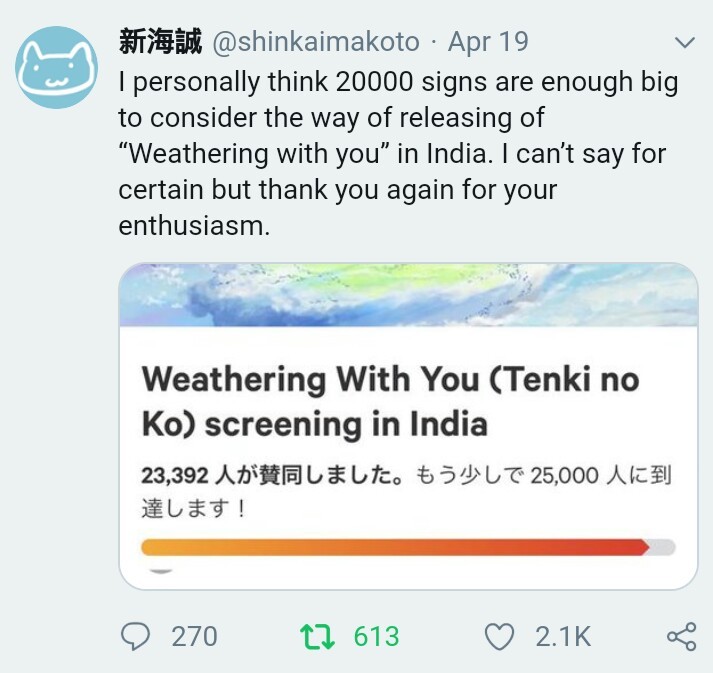 This had gotten everyone excited as the petition clearly had more than 20,000 signs.
To boost the moment the Indian fans started an online campaign, “India Wants Anime”, where every Tenki No Ko or Anime related posts are to be posted with #indiawantsanime.
Everything seemed silent for a few days but on May 3, Makoto Shinkai tweeted again regarding this matter. He said that they are still in negotiations about it and that he will let the anime fans in India know the details when he can. 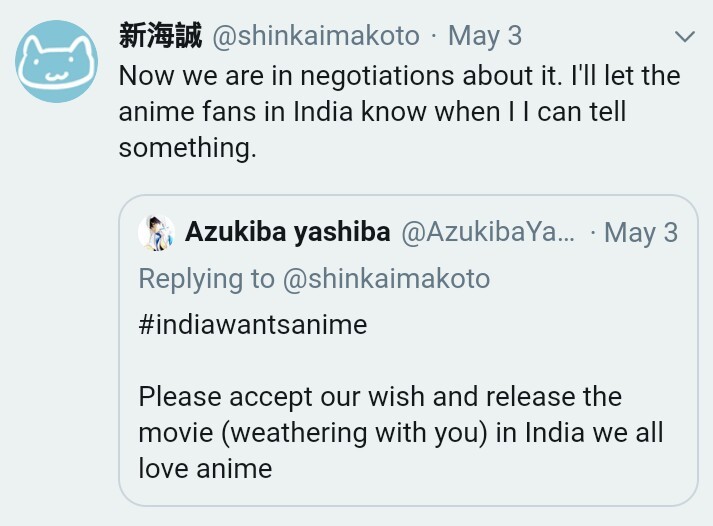 The release of Tenki No Ko in India is yet to come true. But let’s all hope for the best.