Over on Reddit, fans have been flowing over the reports leading up to this Attack on Titan rumor. The whole distress began when a Chinese animator contracted by WIT Studios posted an announcement on Weibo about their work on the Attack on Titan anime. 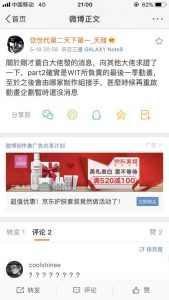 So it’s confirmed that this is the last season of Attack on Titan being done by Studio WIT.

This talk began with a Chinese animator from a firm WIT used for outsourcing animation for Shingeki no Kyojin Season 3. This animator made a remark about animation beginning for the “final episode” and spoke about his journey animating the anime from start to end, meaning this was the last season. We wrote it off as a poor translation prior to another Chinese animator made a comparable remark on social media.

Yonkou Productions hit up Twitter to tell his fans a similar rumor. At this point, neither WIT Studios nor Kodansha has announced anything official about the alleged parting, but fans are rather bothered. WIT Studios has managed Shingeki no Kyojin since the beginning and changed the anime into the powerhouse it is now. A changing of hands involves lots of risk for the series, and history has not always been good to such modification. Most lately, the questionable studio change done for One Punch Man is being criticized for turning the show’s second season into a sorrowful letdown, so fans are already supporting themselves for whatever is to come for Eren Jaeger.

Another Chinese animator made another post here completely saying Attack on Titan season 3 part 2 is the last season WIT is included in and that they don’t know who will be in command of the following season.