The upcoming chapter of Nanatsu no Taizai is only a few days away from being released and because we are so close to its release date, we have already started to receive speculation on Reddit for Nanatsu no Taizai chapter 311. 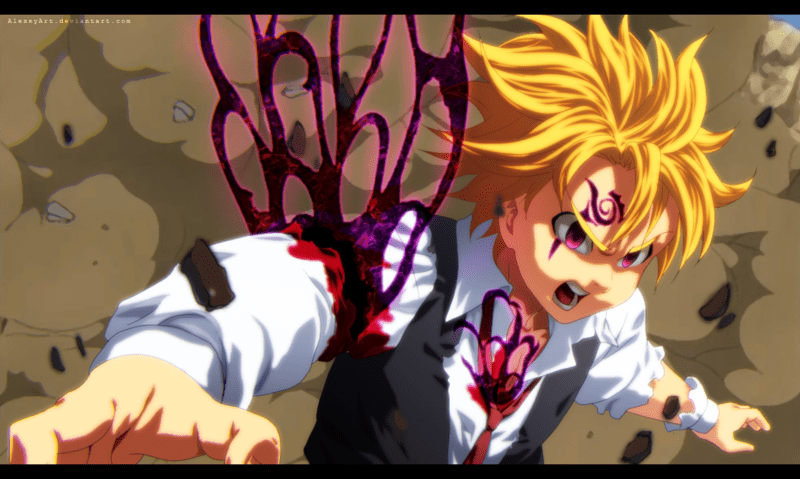 Meliodas going into rage would be something to see in the next chapter. On the other hand, I fear for his mental state. He has witnessed Elizabeth die over a hundred times, He finally had hope that he could be together with Elizabeth, only to have his hopes cruelly crushed once again. It wouldn’t surprise me if Elizabeth’s death will finally break what’s left of Meliodas’ sanity in Nanatsu no Taizai chapter 311.

The side text hinted that the curse wasn’t as easily broken. The curse works in such a way that anything can happen to kill someone, no matter how unlikely. Her death here is the 3-day limit so she’ll probably get reincarnated again. It’s probably her side of the curse continuing from the Supreme Deity.

The title of Nanatsu no Taizai chapter 311 is “It’s not over yet,” So, by the title of next chapter it looks like the story is not ending yet or perhaps this is still the ending of Nanatsu no Taizai but it will be continued in the Sequel that Nakaba said he was going to do next. Maybe we take this as a signal from him that he chose to do the sequel over that other manga he was planning.

Chapter 311 of Nanatsu no Taizai is going to release on 22nd May 2019. However, the scans will be out 2-3 days before the official release.