If you’ve always wished you had superhero powers, you can live vicariously through the protagonist of Zetman. Zetman is a Manga series that first reached readers in 1994 in manga magazine, Weekly Shōnen Jump,

The series was embraced by fans due to its storyline of a young boy with superhuman powers who isn’t quite the hero you expect. Zetman was further developed and eventually adapted for an anime series in 2012.

The star of Zetman is Jin Kanzaki, a boy who was created by a corporation that trying to make the perfect human being. However, the corporation’s plans didn’t go as they wanted. Let’s dive deeper into this Manga, next.

The star of the series, Jin Kanzaki, is a product of a project run by the Amagi Corporation.  The corporation’s aim was to create the perfect human being, and that’s what they hoped to get with Jin Kanzaki.

They certainly created a powerful being, but before they could discover that, a man that worked at the corporation smuggled Jin out of the company’s laboratories.

Gorō Kanzaki wanted to give Jin a normal life, but that certainly isn’t possible for this super child. As Jin gets older he starts to figure out his powers, which Gorō Kanzaki kept hidden from him.

All this while, the Amagi Corporation is still on the hunt for Jin Kanzaki, but they don’t know he’s not only Jin the boy but also Jin the uber-powerful Zetman.

Look at some of the characters in the manga series in more detail.

Gorō Kanzaki was a worker at the Amagi Corporation and played a part in the Z.E.T. Project. This project was designed to create superhumans and that is how Jin Kanzaki, the protagonist of the story was born.

In defiance of turning this ‘child’ into a killing machine, Kanzaki fled with an infant Jin. He then disguised himself as an old homeless person and acted as the grandfather of growing Jin.

In an effort to shield Jin from Players, who have also escaped from the Amagi Corporation, he was killed. Kanzaki’s head however was obtained by the corporation and connected to a computer to acquire information about Jin.

The protagonist of the Zetman series is Jin Kanzaki. Despite being superhuman, he spends a large amount of his childhood living in the slums and away from Amagi Corporation. He is a quiet and serious character who seldom smiles.

Jin Kanzaki learns that he has the ability to turn into ZET – a superhuman with superhuman powers. And he needs those powers to fight Players that have escaped from the Amagi Corporation.

Kanzaki, along with his childhood best friend Kouga, works to fight these players while also trying to protect themselves and their loved ones.

Although Jin is living in the slums, the corporation discovers where he is and closely watches his every move.

Akemi Kawakami doesn’t have much, but she’s got some love to give Jin Kanzaki and so she becomes his caretaker. She is often referred to by Jin as ‘Oba-chan/old lady/auntie.’

Kawakami goes through a lot in her work as a hostess and is even slashed in her face by a Player. That’s when Jin’s true powers come out as he turns into ZET and almost kills the Player.

Jin later thinks he witnesses the murder of Akemi Kawakami, but it’s all a hoax.

It’s fun to discover something new in the world of manga. Zetman is an oldie but a goodie. Even though it got its start way back in 1994, it’s still one of the most popular Manga series to date. 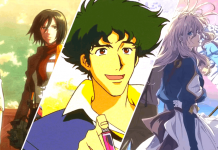