Americans sat down on September 30th, 1960, to witness the debut of a prime-time animated series entitled The Flintstones. Some 60 years later, Fred and his gang are still everyone’s favorite cavemen.

This Hanna-Barbera production is one of those special parts of pop culture that generations can relate to. The Flintstones was the most successful animated network series and the first cartoon to air in primetime, before the debut of The Simpsons.

The Flinstones has always brought us pure and simple fun, and many of us remember watching it throughout our childhoods. Five things about the Flintstones that you may not know are up next.

Flintstones Were Supposed To Be Flagstones

After many hits and misses since their mega-hit show Tom ‘n Jerry with Metro Goldwyn Mayer Productions, Hannah-Barbera finally landed on the Flinstones. Gladstones was, however, the first name given to this wonderful project, then it was changed to Flagstones.

Since they heard the name in another comic strip, it was eventually renamed Flintstones. A pilot with the name Flagstones was created, too, but it was dismissed.

The Flintstones name stuck and, as they say, the rest is a page straight out of history. IThe original Flagstone pilot was made in 1959, but no one ever saw it.

The hunt for this secret treasure began and it was found in a storage warehouse in New York. In May 1994, it finally aired and for the animators, it was a golden opportunity to see the origin of the legendary program.

You have to think, what’s wrong with sharing a bed? Yeah, the time that the first Flintstones aired was in the 1960s. The world seems to have been highly-conservative.

On television, it was shown that couples were in the same room but never shared the same beds. The first ones to crack the taboo by sharing a bed on the television were Fred and Wilma Flintstone.

There was not a huge fuss about it because it was just a cartoon.

The 1954-56 hit TV series The Honeymooners, starring Jackie Gleason and Art Carney as working-class neighbors, strongly inspired the characters of The Flintstones.

Wilma and Betty both share similar qualities to the wives in the Honeymooners too.

It Was Set in Prehistoric Times

There was no power, no internal-combustion engines, and no shoes, but they did have some modern amenities. The characters were given things like dishwashers and phonographs but not in the way we picture them today.

Captive animals (such as dinosaurs) fuelled all these appliances. The heavy machinery Fred and Barney operated with was propelled by pulleys, and the courtesy of Fred’s two feet powered their vehicles.

It Dealt with Suicide and Infertility

The Flintstones dealt with some very serious real-life issues even if it was just a cartoon series. In addition, for a children’s show, this was the first and each topic was dealt with in a discreet yet decent fashion.

An episode is entirely devoted to Barney and Betty’s unwavering desire to give birth to a child. They then learn about their infertility, and then it goes on to their failure at adoption and Barney wanting to kill himself.

Everyone loves trivia about their favorite animated films and series, but there’s still a fresh fascinating thing to discover with over 100 years of animation history behind us right now.

Whether it was The Flintstones or others, some cartoons just capture viewers’ hearts and live on for decades. 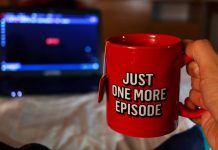