In this post, I’ll be talking about Nanatsu no Taizai Chapter 280 Spoilers. As you all know this article contains major spoilers, I’m suggesting you should leave this article before you get spoiled. If you don’t mind being spoiled you can continue on this article.

The Trinity Attack was great. I’m dissatisfied that neither Gowther nor Diane managed their Sacred Treasure release. Diane apparently has a legitimate excuse because she didn’t use creation, although I would think Gowther’s sacred release would be capable to do something different. 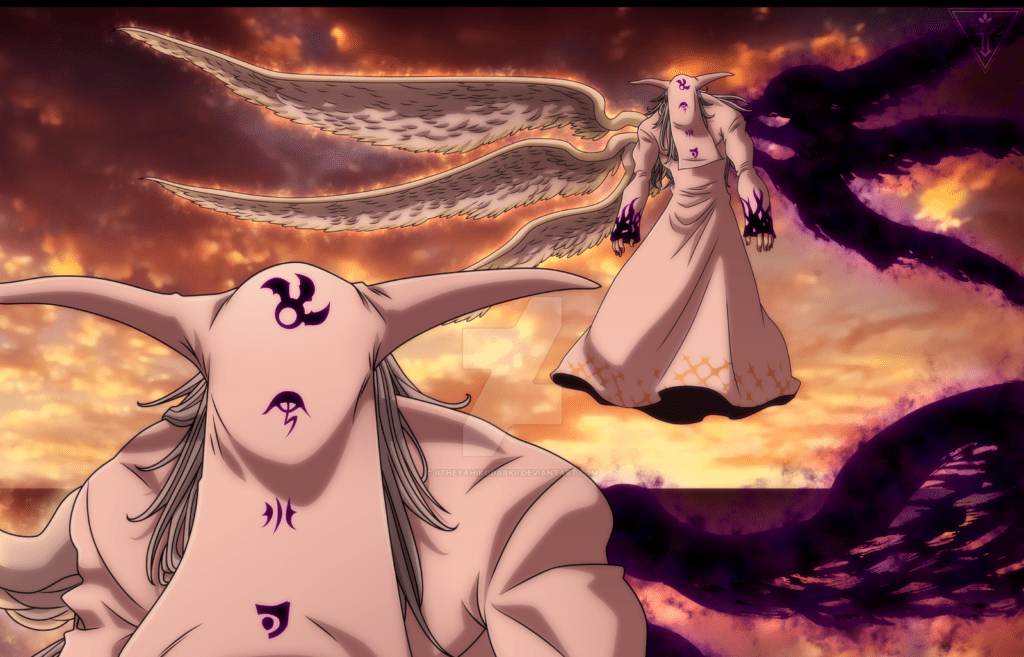 Now getting to the Seven Deadly Sins Chapter 280 Spoilers, The upcoming chapter title is pretty ominous, hopefully, it leads to the commandments taking its losses on Mael, being able to directly power up from them while Meliodas is using hours receiving them doesn’t make understanding without any consequences.

Next weeks chapter’s title “collapse” is most possibly referencing Mael losing or the origin of his demise. 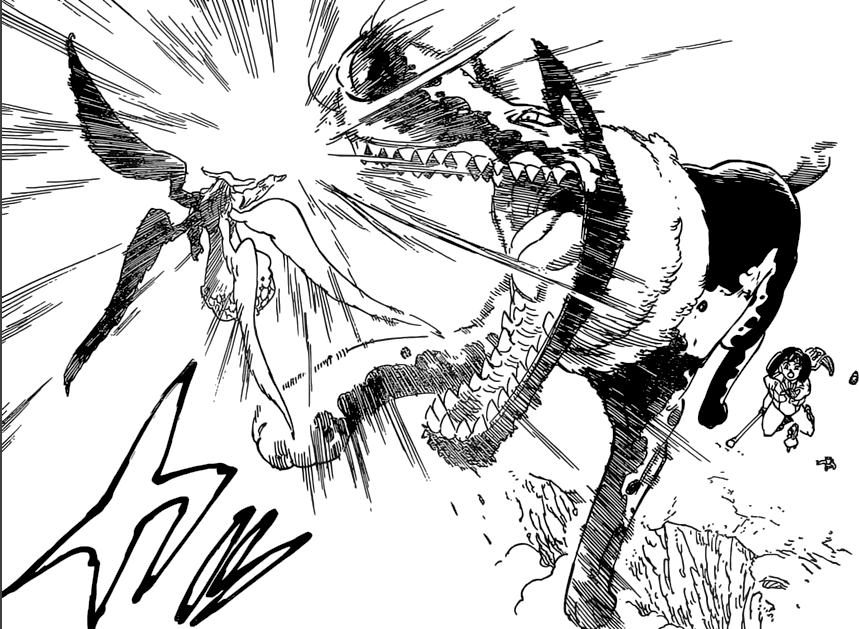 Judging by ending of this chapter, King is going to get a power-up. I wonder if Oslo’s loss will cause King’s wings to develop even more and stimulate more power.

Diane, Gowther, and King have no other option than to struggle for their lives — as fans, we grasp they have no genuine chance of commanding because their powers aren’t high enough.

I believe this whole Mael Arc is working as a development arc for the Sins to get their individual power-ups to handle a bigger threat rather than a story plot to amplify Mael’s personality.