This is the story of a 12-year-old girl named Samantha. She had shoulder length black hair and blue eyes. She used to live in New York but a few years back she moved to Los Angeles, California. Her family consisted of her mom, Lydia and dad, Gary. Lydia was a beautiful lady with long black hair streaming down to her lower back, slender figure, tall built and pale skin. Gary, on the other hand, was a burly man with an intimidating personality. He had brown hair, blue eyes and was also very tall.

The family was sick and tired of the hustle and bustle of the city and wanted some peace which they finally found in LA. Their newfound peace was added onto by the fact that their new house was right next to the beach. Soon they started to live the life they always dreamt of, having bonfire nights, lounging at the beach, but who knew that it would not last long.

The house had two storeys including the ground floor and a garden. The garden, in particular, was beautiful with flowers of 10 different kinds, one tree and white fencing all around it. The ground floor had the kitchen, living room, fireplace and the master bedroom. Samantha’s room was on the 1st floor opposite which was a room that was always locked up. She asked her father about this but Gary very strictly told her that the room should never be opened. Gary was usually not strict with her so this came as a shock and forced her to think that something sinister is afoot.

One night Samantha was troubled by her dreams and could not sleep properly. She was tossing and turning in her bed as suddenly she heard the sound of something scraping. She stood up and noticed that it was 4 o’ clock in the morning. She put her ear against the door of her room and listened intently. The sound she heard was like someone was dragging a sledgehammer against the wooden floor. The sound grew and grew and came to a stop right in front of her door. She got so terrified that she ran towards her bed and hid in her blanket. After a while, she came out of her hiding place, walked slowly towards her bedroom door, opened it and saw that there was no one in the corridor but the lock of the room opposite to hers was open. Terrified, she ran into her room, slammed her door shut, locked it from the inside and waited for morning to come. The next morning when she went out she saw that the room was locked again. She was very confused but forgot all about it as the day went on. That night she woke up to that noise again. It was again 4 o’ clock and as she listened the sound came to a stop in front of her door. She opened her door a little, peeked out and saw that the lock was open again. These series of events started happening every night. Samantha got very terrified and was not able to properly sleep at all.

One such night she was having a massive headache so she went downstairs to the kitchen to have some water. It was 2 o’clock so she figured that nothing would happen because the sounds always came exactly at 4 in the morning. As she was coming upstairs she saw someone standing in the middle of the stairs. It was dark so she couldn’t figure out who it was. She walked slowly towards it feeling scared and ready to run in the opposite direction. She reached the bottom of the stairs and now the figure standing was totally visible to her. It was a girl smaller in age than her, very thin with all her hair in front of her face hiding it from Samantha. She wore a white frock up to her knees but the frock had turned brown from the crusted blood. The girl had a sledgehammer in her right hand. As the girl saw that Samantha had noticed her she slowly turned and started walking upstairs. Samantha was so scared that she couldn’t shout for her parents so she simply started following her. The girl went towards the locked room and Samantha noticed that the lock opened itself and the mysterious girl went inside. The room was empty, devoid of any furniture so it looked pretty big to Samantha. There was a single window from which moonlight was coming and in the middle of that was a man on a chair. The man was tied up and blindfolded with duct tape over his mouth. The girl slowly walked towards the man dragging her sledgehammer behind her. Samantha stood at the door and watched everything that was happening with wide and horrified eyes. The girl removed the tape from the man’s mouth in one quick motion and as soon as she did he started speaking. “Who are you? What do you want from me? Why have you kept me here for so long? What have I done?”, asked the terrified man. “You want to know who I am? After what you and your friends did to me, you still want to know?”, said the girl in a voice that reverberated through Samantha’s whole body. With one free hand the girl separated apart her hair so the man can have a look but as her back was towards Samantha she couldn’t see. The man got so terrified that he lost his speech and gaped with his mouth open. The girl said, “You and your dirty friends raped me and then left me to die in this very room 10 years ago. You all didn’t think I would come back but here I am and I want revenge. I’ll kill every single one of you.”. And saying that she brought the sledgehammer down on that man’s head smashing it to pieces. Blood and chips of bone flew everywhere and coated everything. Seeing this Samantha could only do one thing, she fainted. 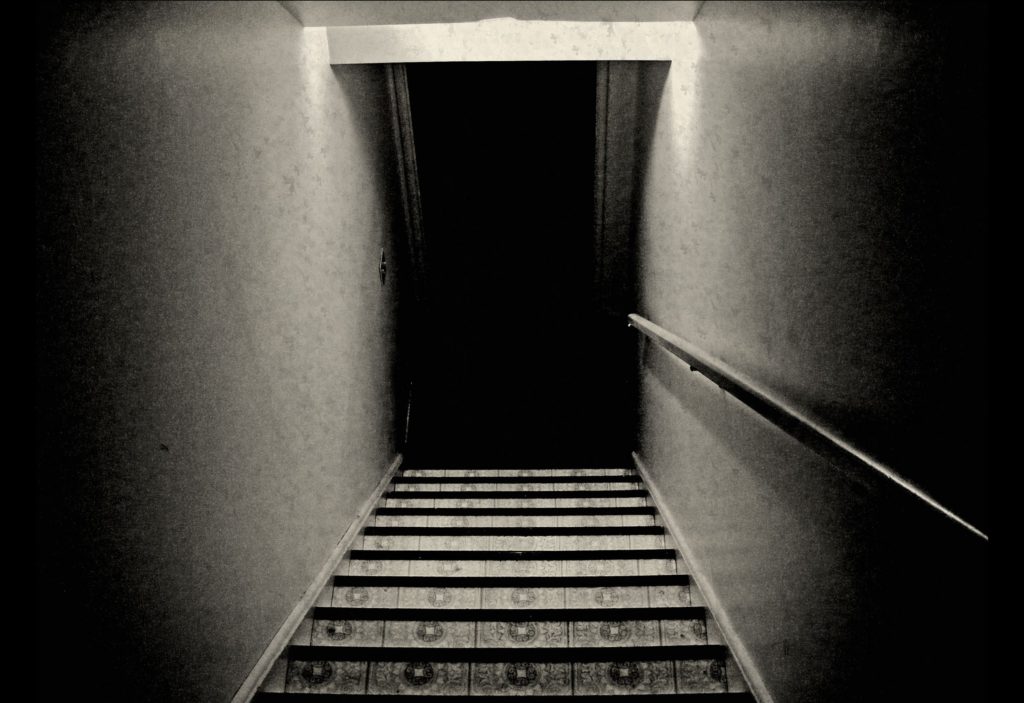 When she came to she was in a hospital with Gary and Lydia by her bedside. She asked, “What happened? Where am I?”, Gary replied, “You are in a hospital sweetie we found you fainted in the middle of the stairs two days ago.” After a while, Samantha was discharged from the hospital and they went home but as she was still scared she slept with her mom and dad downstairs away from that room which was locked up again and sometimes late in the night she could still hear the faint sound of a sledgehammer dragging on the floor.

The writer of  “A Heartbreaking Short Story: REVENGE” is Gitanjali Mishra. Connect with her on Facebook.