After the fascinating chapter 912, we are in for an extra surprise with One Piece chapter 913.
I’ll discuss One Piece Chapter 913 leaks with you people now. If you don’t desire to be spoiled, this is the chance to quit reading this article because these spoilers are 100% legit: 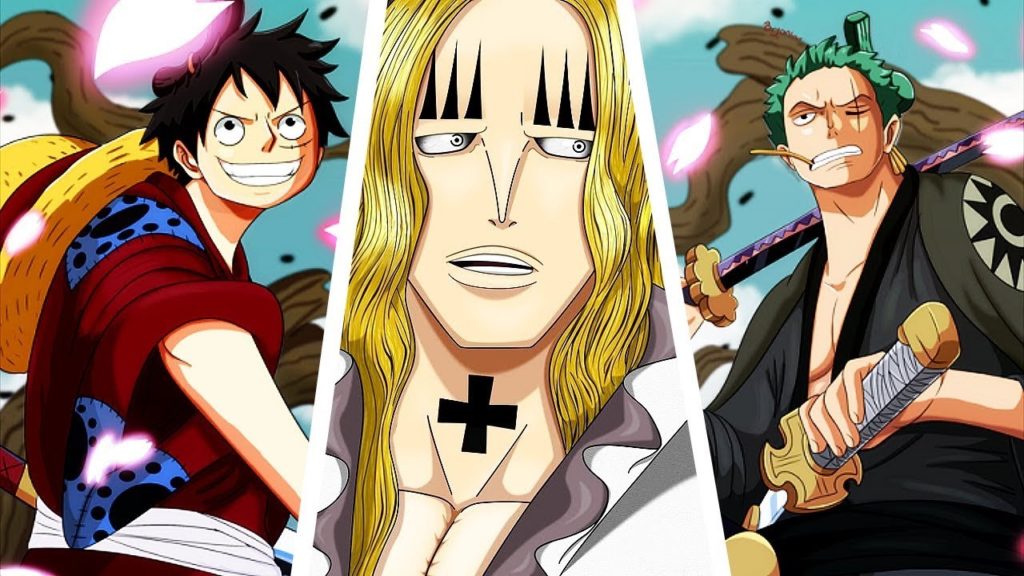 One Piece Chapter 913 begins with a little of a dialogue between the 3, and they’re discussing Yonko Kaido.
“ Basil Hawkins: Do you people know who runs things currently here on Wano Country?
Luffy: Kaido right?
Zoro: You shouldn’t say that, Luffy.
Luffy: What I said now was a lie!
Hawkins: The odds of you guys being alive in a month’s period is 19%.
As Basil Hawkins’ minions come near, the Nidai Kitetsu Luffy is holding picks Zoro’s interest.
Zoro: Is that a Meito? Show me the sword!
Luffy overlooks Zoro’s and continues to beat down his foes, the Lizard that Hawkins minions are travelling on flies towards him. Luffy grasps the Lizard by the scruff of its neck and launches it at Hawkins, simply with his straw-blade hand, Hawkins eliminates the lizard.
Zoro tries to strike Hawkin’s face, though Hawkins takes no injury. With his DF ability, Hawkins straps few dolls on his minions through which Hawkin’s injury is shifted to his minions.
Hawkins states “let’s begin a game.” Hawkins minions begin to panic & run for the mountains. They somehow end up leaving, and next on Luffy & Zoro saves a woman called Otsuru. She operates a tea house in nearby Okobore Village.
Otsuru takes Luffy, Zoro, & O-Tama to her tea shop to provide O-Tama with some medicine.
There is a girl that serves at that tea shop, identified as Okiku. She is too being hit on by Wano’s number one sumo wrestler, the Yokozuna Urashima. Quickly Bepo, Shachi, & Penguin find them through binoculars from a nearby hill.”
Break following week, it’s holiday in Japan (no Weekly Shonen Jump on sale) from Redon.
Also Read.