“One of the Most Powerful Devil Fruit: Energy-Energy No Mi”

I’ll be talking about Logia Devil Fruits and how Ryokugyu aka Green bull could possess the most Powerful one that it similar to Blackbeard Yami Yami no Mi Devil Fruit. So, what Devil Fruit does Admiral Ryokugyu Have? Well, my guess is an Energy-Based logia Devil Fruit.
Energy-Energy No Mi 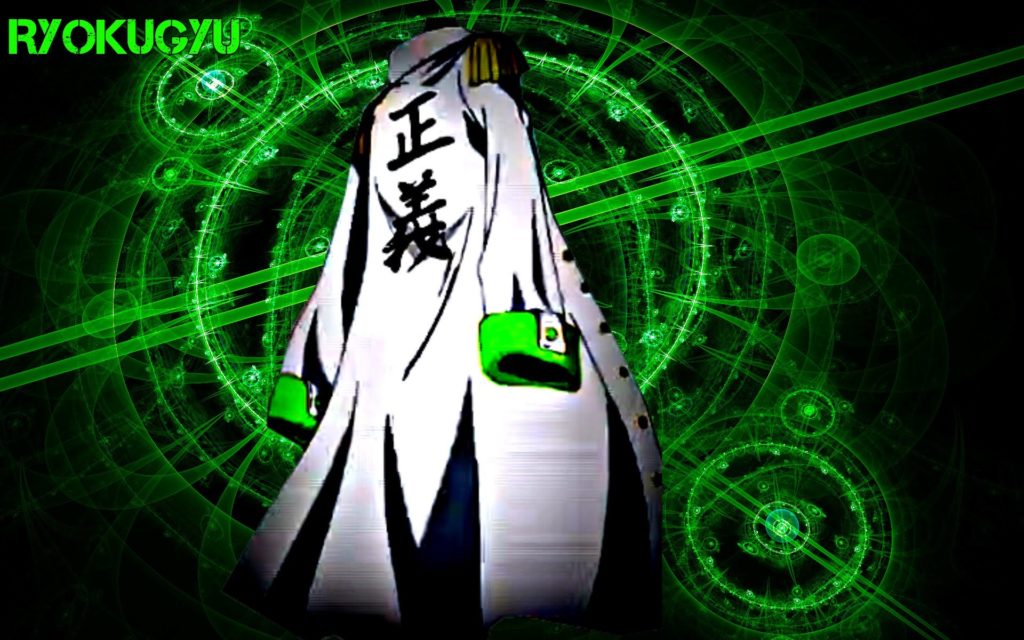 Why is this Logia Devil Fruit?

Energy Logia gives the user Energy Physiology which indicates his body is entirely made up of Pure Energy.

Why is this Devil Fruit “Unique”? 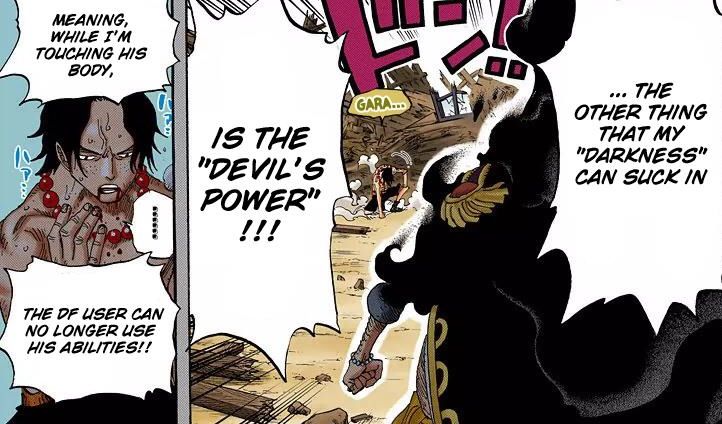 What are the abilities of Energy Energy no Mi Devil Fruit?

Greenbull: Rahahah!! if there were a Pretty Girl here, who would spoon feed me while saying “ahh” I’d eat. 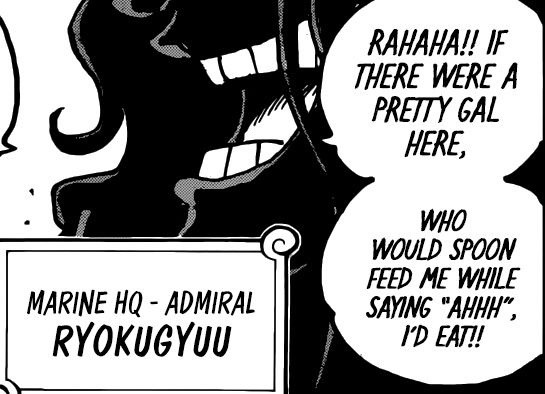 This is proof that he has the ability to eat as freely as he wants but not eating doesn’t affect him at all he’s been doing it for 3 years and he doesn’t care to mean that he doesn’t like it or need it.

Greenbull: but eating is a pain in the ass ..I haven’t bothered eating in 3 years Rahahah!!

let’s talk about how some Devil Fruits affect their user’s body.

• Ex-Warden Magellan Suffers from Diarrhea due to his Poison-Poison Devil Fruit because everything he eats gets turned into poison, So does a similar thing happen with Ryokugyu’s Energy Devil fruit?
Probably, yes.
Energy users have an ability called Energy Metabolization: this allows the user to Feed off Energy itself.

Reason: I think this devil fruit causes Ryokugyu to not taste or enjoy Real food only making him feed on Energy Through Energy absorption from various Sources he could also enjoy taking energy off of people.

How does this work?

• Ryokugyu’s Energy-Energy Devil Fruit allows him to absorb various forms of energy while removing it from the source into his body and use it in various ways like gaining a form of an advantage either by enhancing himself gaining the drained power using it as a power source. 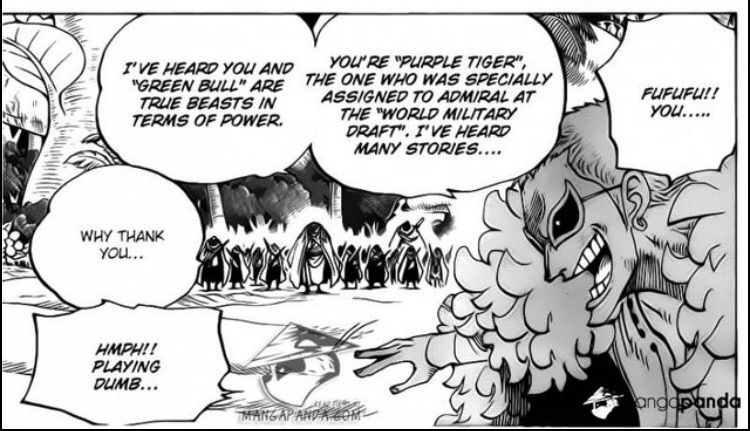 They are called “true beasts” in terms of power but what if they Ryokugu is a “true beast” personality wise as he would prefer to Drain the Energy out of the weak and pirates through.

The ability to separate and scatter all forms of energy and powers draining the victims of all power and Any energy that has been scattered will eventually dissipate into nothing which will leave the victim helpless making him more cruel and evil.

What about “Green Bull” why?
Admirals often have an alias like Akainu being “Red Dog” and they often use their Logia powers to create these things.

Like this representing Sakazuki making a “Red Dog” out of his Magma abilities.

Can Ryokugyu do something similar ability to produce a “Green Bull”? 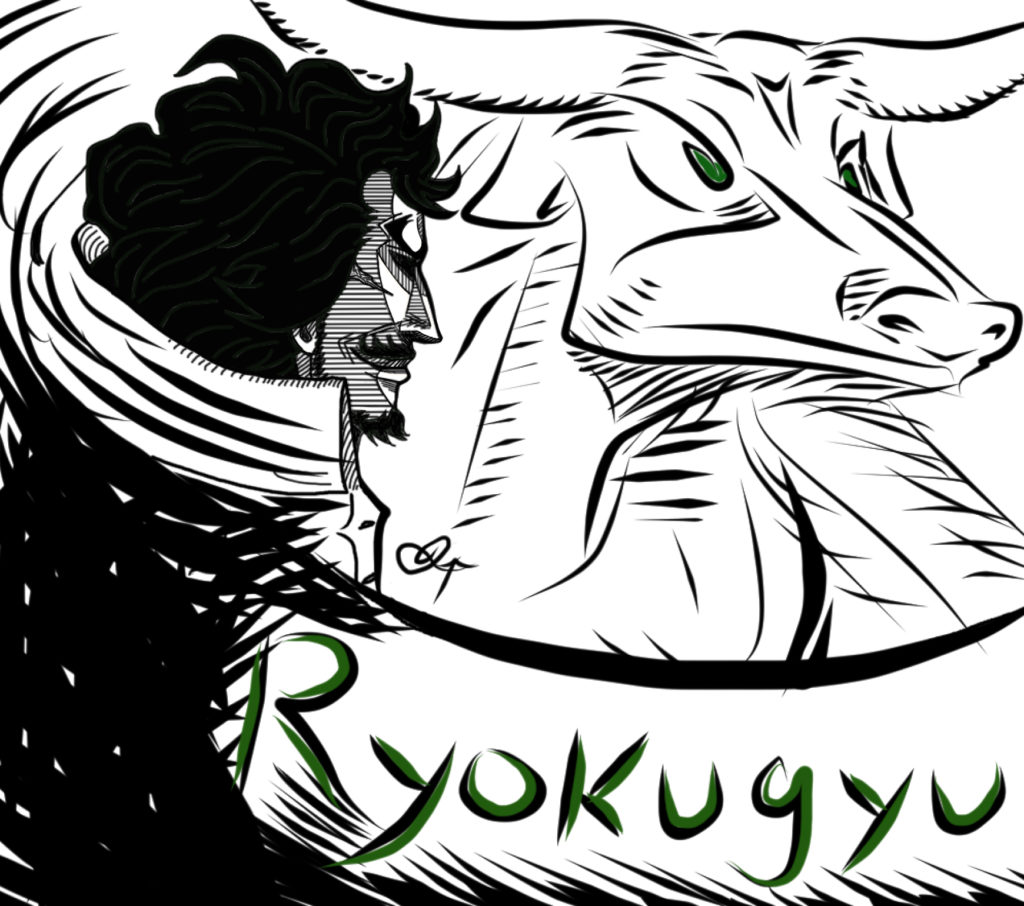 Yes, Energy gives the user requests an ability named the Entity Aura,
which enables the user to circle themselves in the aura of an entity like a Bull, probably to becoming nearly untouchable and be given abilities and attacks of the entity. The aura of the Bull may also provide the user improved physical abilities such as speed, power, and endurance.

Does Green Bull Have Future Sight?

This not just out of thin air but Energy Devil Fruit can allow a thing called Energy Perception: User can sense energies that bind the universe collectively allowing them to observe destiny or causality which can be used to bypass life courses follow a path or view the future.

Other powers and abilities! 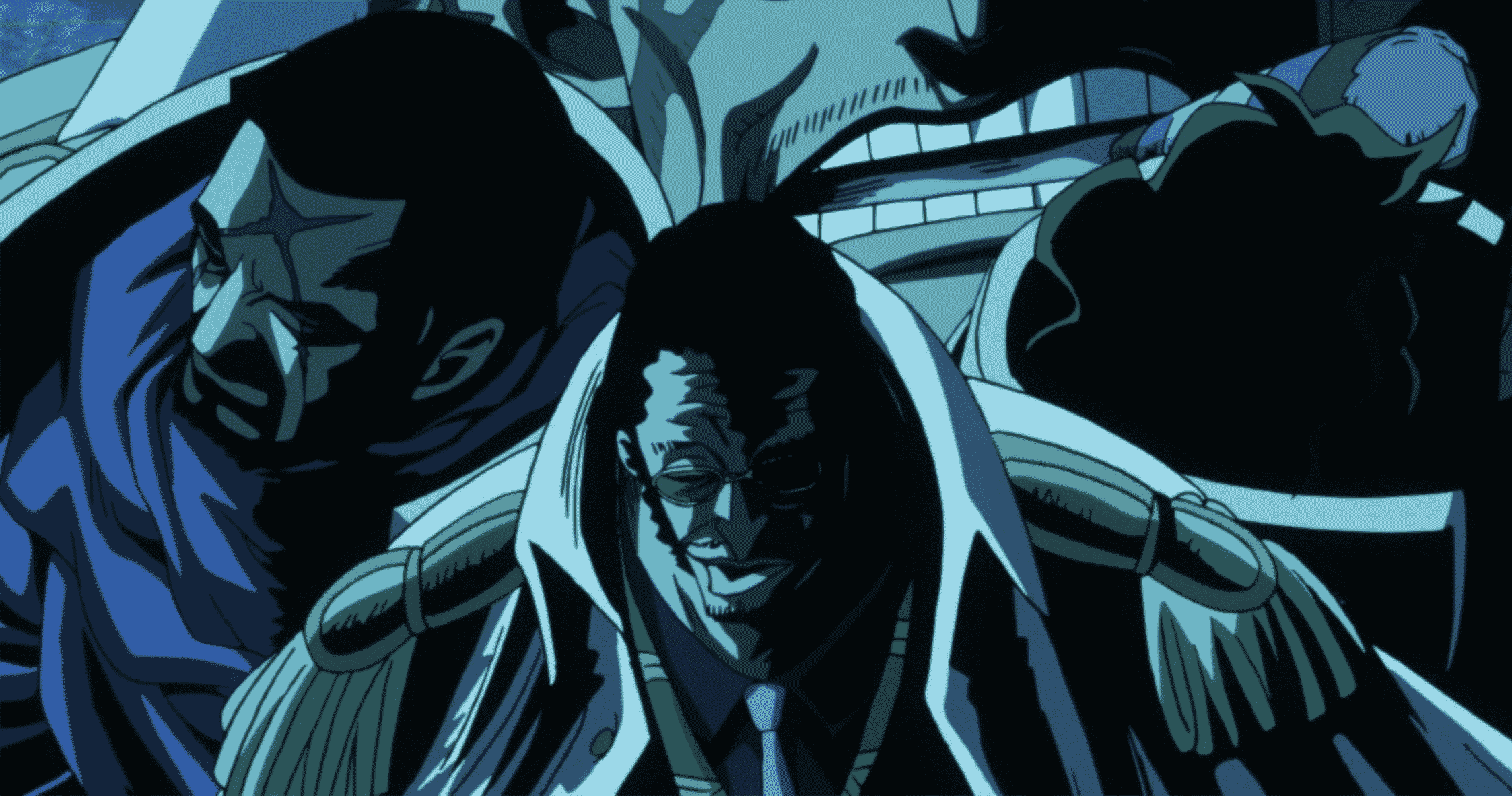 He could create any item he can imagine and have a good idea how it functions.
A list of possibilities includes:
• Duplicates Of himself.
• Appendage Generation: creating extra body parts or others like wings

Like Kizaru but could have the ability to use different varieties of rays.

The user can teleport via energy, merging into energy and appearing anywhere else from energy-source.

The user can create, shape, and manipulate Force-Fields.
Field of energy without mass that acts as a matter/wall, so that objects affected by the particular force on the field are unable to pass through the field and reach the other side.

Also Read.
Why God Usopp Uses A Slingshot Instead Of A Gun?
One Piece Chapter 906 Speculation/Spoilers
Top 10 Low-Cost Cosplay By Lonely-man