Hello, Everyone! Today I’m going to talk about my top anime Swords-Women. I have done a list of Anime badass swords-women. Anyway, I have seen many sorts of anime that involve the protagonist or side characters using swords. I myself believe that girls who handle swords are legit and crazily cool. I mean, just by their looks and the way they move.  I do not concentrate on the ranking I choose them more as for their characters and action. Let’s Start! She is a disciplinarian, a very strict person with a soft heart. Erza is a young woman, with scarlet hair, brown eyes, and a voluptuous figure. Her Fairy Tail stamp is blue and is located on the middle of her left upper arm.

She uses Requip Magic which enables her to use different styles of swords and outfits based upon the occasions’ demands. She can also use telekinesis, a power she didn’t know she had and on which she stumbled upon when she was little. Her skills with the sword had her earned her the nickname The Flash. 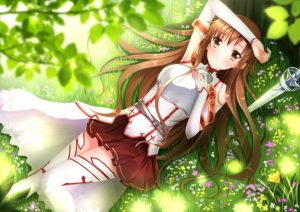 She has long, orangish-brown hair, and hazel eyes. She is a helpful, kind young woman who cannot abandon others in trouble. She takes the game very seriously and she often acts on her own and takes matters into her hands. Mikasa is a tall, muscular and fit girl who has chin length black hair and black eyes. As a soldier, she always wears the Survey Corps uniform and the green cape with wings of freedom on it. The only thing that makes her appearance different from the others is that she wears a red scarf around her neck given to her by Eren. 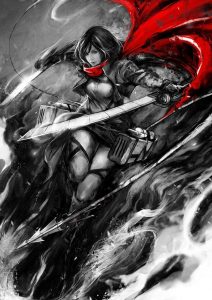 In terms of her skill with the ODM gear and the blades, she is a true genius. With her speed and efficiency, she can take down titans very easily. 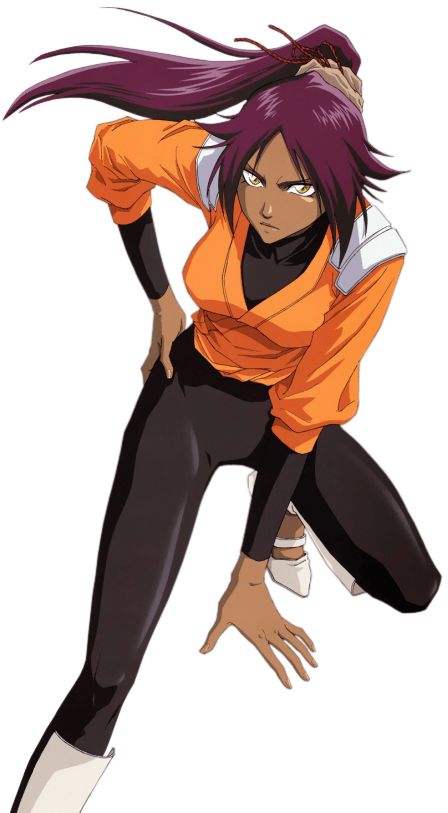 She is a slender woman with purple hair, dark skin, and yellow eyes. She wears a black, backless undershirt, an orange over-shirt with two white stripes on each shoulder, a large sash around her waist, and black pants. Unlike any other known shinigami, she can transform into a black cat. In this form, she has a male voice and golden eyes. She is considered to be the most proficient Hohō master in all of the Soul Society, she is immensely skilled in Shunko. Because of her skill, she has earned the title of Flash Goddess. 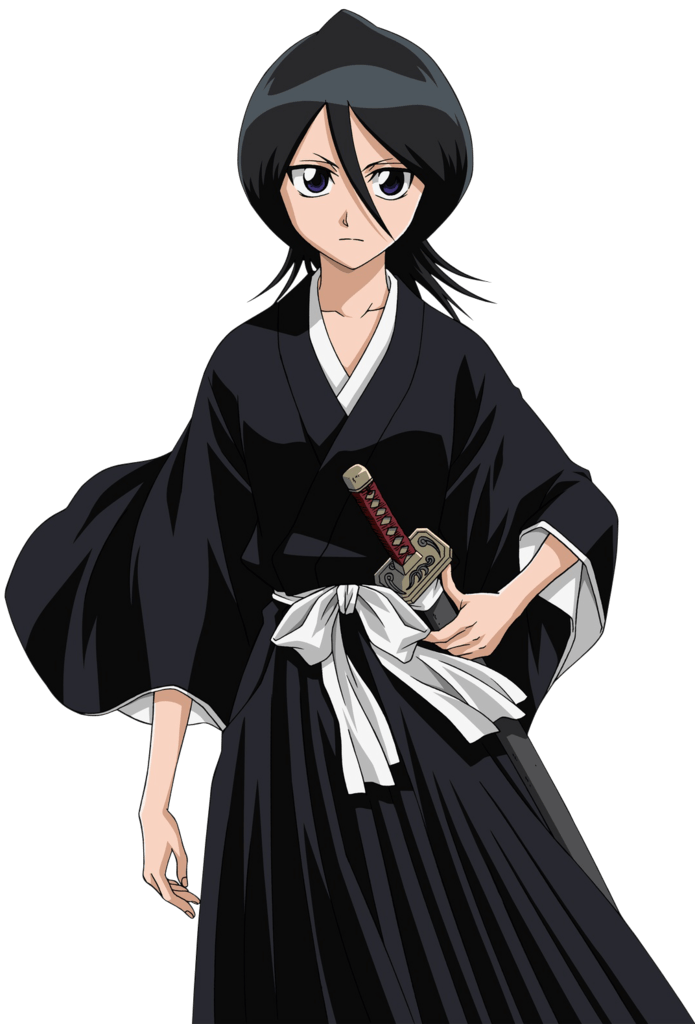 Rukia is short in height and petite. She has black hair and purple eyes. Rukia is a modest girl even though being from a noble family. Her greatest strength lies in her use of Kido, in which her known skills are of binding, healing, and destruction. 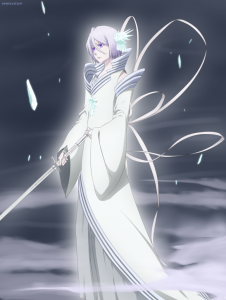 She knows the basic techniques of Zanjutsu, and through vigorous training is able to stand her own in battle. 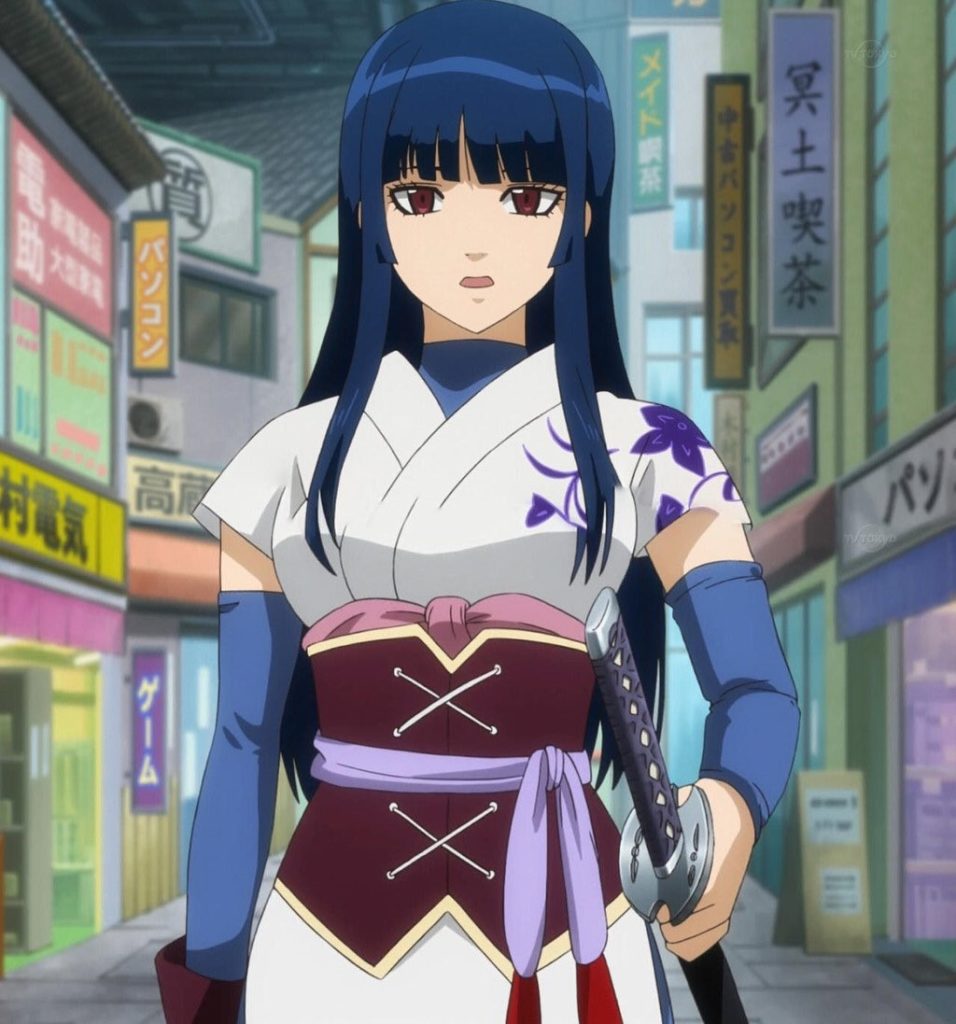 Nobume has a triangular face with full red eyes. She has long blue hair with short bangs on her forehead. Her eyes were initially pupil-less and had a “murderous-like” look to them due to her past, being raised as a cold-blooded assassin by the Naraku faction. After Sasaki Isaburo’s death, she renewed her ideals, with pupils full of life appearing in her eyes. 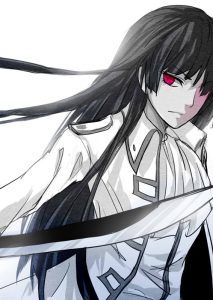 She has excellent swordsmanship capabilities, on par with Okita Sougo, her equivalent in Shinsengumi. Akame is a young girl with red eyes and black hair reaching down to her knees. She wears a sleeveless dress which has a white collar and a red tie. She seems to be a very serious and cold-hearted person at first but in reality, she is just socially awkward. 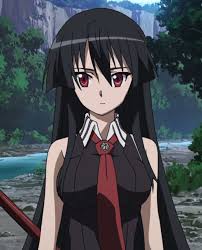 She is considered to be one of the strongest members of Night Raid, killing the most powerful enemies with minimal effort. Akame is an extremely skilled swordsman, wielding her Teigu Murasame, with careful precision and skill. 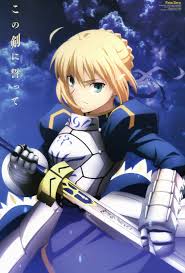 She has the appearance of a young woman with a slender physique, soft skin, and green eyes. She normally wears shining armor with an old style dress, made from old-fashioned blue cloth, underneath. The Saber class is considered the “Most Outstanding” due to its excellent ratings in all categories, and Saber doesn’t fall short of that reputation. She is extremely skilled with a sword, but her true strength lies in her magical energy. Saeko has long, purple, shiny hair with blue eyes and a voluptuous figure. She is a kind, caring, strong, and reliable person. She remains calm and collected despite the havoc around her. 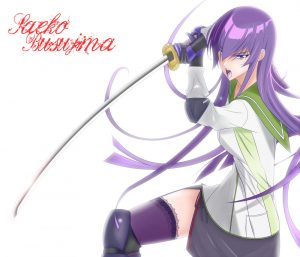 She is a master swordswoman, extremely masterful of the art of Kendo. She can land powerful strikes with high precision even with a wooden bokuto. She is a teenage girl, with light taupe hair which she keeps in pigtails. She usually wears a normal schoolgirl outfit, a white blouse, and yellow sweater vest. 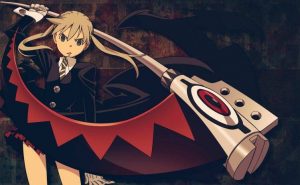 Maka is considered to be a dangerous and formidable opponent due to her Anti-Demon Wavelength and her exceptional Soul Perception.

The writer of the article “Top 10 Best Swords-women in Anime” is Gitanjali Mishra. Connect with her on Facebook.