Additionally, the contents have become much richer, with a lot of diversity. Pleasing both critics and audiences, these contents tend to cater to audiences from all age groups. In today’s article, we will discover the top 20 most-watched series in the world.

HBO’s Game of Thrones is a remarkable show that captivated audiences worldwide and earned a record viewership on HBO. Fans cite the show’s compelling characters and intricate plot as reasons for their devotion.

The award-winning medieval fantasy epic followed the adventures of two powerful families battling for control of the Seven Kingdoms of Westeros.

Thanks to its stunning visuals, dragons flying, complex characters, and storyline, Game of Thrones never failed to shock, thrill, and wow, its audience.

Ranked as one of IMDB’s highest-rated series, Chernobyl is probably the darkest and most traumatising hit. Based on the disturbing details of the 1986 Chernobyl disaster, this mini-series is as real as it can get.

The cast of characters, led by Jared Harris, Stellan Skarsgård, and Emily Watson, give mesmerizing performances that keep the viewer fascinated.

With an IMDB rating of 9.2, the award-winning series The Sopranos sits in the fourth position on our list.

Premiered on January 10, 1999, it took no time for the Sopranos to become a cultural phenomenon.

The Sopranos follows the story of an Italian-American mobster, Tony Soprano, attempting to balance family life with his career in organised crime. The series got an eye-popping 22.6 million viewers in its 2001 season premiere.

Despite being introduced as the spinoff of the iconic series, “Breaking Bad,” Better Call Saul has made an incredible identity of its own.

Focusing on the life of Walter White and Jesse Pinkman’s sleazy attorney, Saul Goodman, -the storyline of Better Call Saul acts as both a sequel and prequel to the “Breaking Bad.”

Avatar: The Last Airbender is a great piece of evidence to counter the claim that American cartoons are no match for Japanese anime.

The story involves a character titled “Avatar,” who has the power to manipulate all four of the elements: air, water, earth, and fire.

The current Avatar is named Aang, who is found by Water tribe siblings, frozen in an iceberg. The series showcases Aang’s and the siblings’ quest to save the world from the Fire Nation.

This list can’t be complete without one of the most classic series of all time—Friends.

With ten seasons and more than 200 episodes, it is one of the longest-running shows. First aired in 1994, the popularity of the show has been pretty overwhelming even today, which is why HBO Max aired a special “Friends” reunion special.

That is because of the well-written plot, strong female characters, and an unblinking representation of the traumatic damage that war would cause to young men in Britain.

The award-winning British TV show Peaky Blinders is centred on a crime family called Peaky Blinders, who are also former war soldiers. Since its first season aired on the BBC in 2013, Peaky Blinders has become a big hit with fans while staying true to its unique style and themes.

When you want to find the most-watched series in the world, look no further than The Simpsons. The Fox Broadcasting Company’s animated series The Simpsons ranks as the longest-running cartoon on American television.

A satirical depiction of the American lifestyle, The Simpsons ran for 32 seasons and produced a total of 689 episodes. Set in the fictional town of Springfield, the sitcom had its charm, humor, and, most importantly, valuable life lessons in every episode.

The Netflix series The Witcher is a swords-and-sorcery show about monster-hunter Geralt of Rivia (Henry Cavil) and his destiny connected to Princess of Ciri (Freya Allen).

The high number of viewers is credited to the show’s mind-boggling plots and stunning action sequences. On top of that, Henry Cavill as Geralt of Rivia is perfect casting.

Netflix’s show Squid Game took the television world by storm in the latter half of 2021.

The Korean show streamed for a total of 1.65 billion hours in the first four weeks since its release, making it the most-watched content on Netflix to date.

The Korean cult featuring debt-ridden contestants playing children’s games to win a fortune captivated audiences from around the world. The show was all about survival, power, and ultimately, a lot of money.

With 93 episodes and a total of around 18.3 billion streaming hours, Netflix’s Lucifer is surely one of the most-watched series in the world.

Loosely based on D.C.’s comic book character of the same name, the story of Lucifer revolves around the rebellious angel who gets bored with the underworld and decides to visit Los Angeles.

The handsome angel proves his worth by becoming a consultant to the LAPD and partners with homicide detective Chloe Decker, who has no clue about who he truly is. The final season of the series, which was released on September 10, 2021, was a huge hit among the fans.

With a stellar cast, beautiful cinematography, convincing costumes, and a riveting plo, Disney and Marvel left no stones unturned to create this premium experience for the viewers.

The popular show is set during the time of the Cold War and features Keri Russell and Mathew Rhys as two undercover KGB spies living in the United States.

The show is a perfect blend of the good, old-fashioned spycraft with the ‘ordinary relatable marital struggles.

Created by David Simone, The Wire ran for almost six years with five seasons. The Wire has amazing acting, directing, and sound design, but it is the writing that sets this show apart.

It’s hard to believe that the crime series “The Wire” went off the air more than ten years ago, but it still is one of the best series.

In fact, according to a poll conducted by BBC Culture, The Wire had officially been named the best television show of the 21st century.

Having won nearly 100 different awards, BBC’s Sherlock is surely one of the best TV series of the decade.

Featuring Benedict Cumberbatch as Sherlock Holmes and Martin Freeman as Doctor Jane Watson, the show was created by Steven Moffat and Mark Gatiss.

The show has taken inspiration from Sir Arthur Conan Doyle’s detective series of the same name and follows the adventures of Sherlock Holmes and his friend John Watson.

House of Cards is a political drama that transformed Netflix into a Hollywood juggernaut that makes its content more than just relying on other studios’ content.

This American remake of the BBC mini-series is jam-packed with drama and surprising plot twists, featuring a strong cast that includes Kevin Spacey and Robin Wright.

It’s one of the most stylish and atmospheric dramas with cinematic-quality photography, production design, and overall style.

One of the most revolutionary shows on HBO, Oz, is a series that is worth watching.

The name of the series is based on Oswald State Correctional Facility, formerly known as Oswald State Penitentiary, an American fictional level four maximum-security prison.

Written by Tom Fontana, Oz is a drama series chronicling the daily lives of prison inmates, guards, and administrators in a fictitious prison. The series explores how warden McManus (Terry Kinney) tries to control the inmates as well as the drug trade and the violence.

Dexter is about a blood-spatter analyst and serial killer-hunter, Dexter Morgan, who works by day at the Miami Dade Police Department, moonlights as a vigilante serial killer for justice.

You can watch him on his quest to kill those that the justice system could not in Dexter or follow him on his new journey to clean up the streets of Miami in Dexter: New Blood.

The show’s finale booked a record 2.8 million viewers and won four of the 24 Emmys it was nominated for.

The American show, which ran from 2005 to 2013, starred Steve Carell as a painfully awkward boss. The show led to a film career for Carell, who was already a well-known comedic actor.

The show received five of the 42 Emmy nominations it had earned in its eight-year run. The Office is one hilarious TV show and a classic you never want to miss, and one that will always have you laughing like crazy.

To sum up, these are the world’s most-watched series that kept fans glued to their sofas week after week, year after year. If you haven’t seen these exciting shows, you are surely missing a lot! 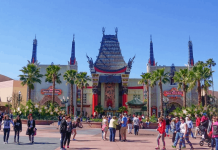 See the Largest Theme Parks in the World 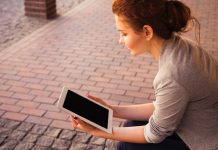