Ever since its inception in 2010, The Walking Dead has captured the minds and imaginations of millions of people worldwide. Its drama and storytelling are unmatched in all forms of entertainment, and it’s delivered across eleven seasons. An American horror drama television series directed by Daniel Sackheim, The Walking Dead is based on the post-apocalyptic comic book series written by Robert Kirkman.

The plot follows Rick Grimes, a former police officer from Georgia who wakes up from a coma to find the world ravaged by a zombie epidemic of apocalyptic proportions. With ten seasons currently streaming on Netflix, you can binge-watch the show on your time off or even at work! Here are the top ten reasons we think you should watch The Walking Dead right now!

Thrilling Plot That Keeps You at the Edge of Your Seat

From start to finish, season after season, The Walking Dead has an amazing plot. It’s like a thriller that you just can’t look away from. It draws you in and keeps you interested through every episode. This is one of the best parts—it keeps you guessing until the very end.

It is an intense drama that tells the story of a group of survivors who travel in search of a safe and secure home in the midst of a zombie apocalypse. Hunted by the living and desperate to stay alive, they will do whatever it takes to keep their breaths running, using any means necessary.

While the zombies deliver a striking horror factor, The Walking Dead portrays the characters as exaggerated versions of humans showing how different people cope in a crisis and find ways to survive. As a result, you’ll find yourself pulled into a thrilling plot that will have you hooked until its shocking finale.

The Walking Dead is not just an engaging TV series—it is also a feast for the eyes. The visual effects are stunningly well crafted, whether they add up a zombie horde or lead to an almost unnoticeable CGI shot. The show has been nominated for several Emmys over the years, and with good reason. They have some of the best makeup, zombies, and special effects on TV!

The heart-stopping action sequences, vivid cinematography, and special effects used in the show are so realistic that sometimes this TV series makes viewers feel like they are actually part of the story. But, on the other hand, it all looks surreal, from Rick Grimes’ zombie-riddled visions to young Carl shooting his first walker with an arrow.

There is literally blood everywhere, and it doesn’t feel like a typical television show. It feels like a thriller. On top of that, zombies move in real-time instead of slow motion, as we are used to seeing in most zombie movies.

The Walking Dead may be a TV series, but the characters and their actions will stay with you for days. The show centres around an aspiring sheriff, Rick Grimes, an influential leader with quick thinking and a diligent attitude.

However, Rick isn’t perfect. Picking up more and more survivors along the way presents him with new problems, including balancing the safety of his group members and disposing of zombies in creative ways.

The Walking Dead’s overall dark tone is heightened by Rick’s difficult decisions. Even though there are mysterious twists in the storyline, Rick’s character brings light to the human condition and quite possibly your inner desire to survive in a zombie-filled world.

Soundtracks to Die For

Music is an integral part of any television series, and The Walking Dead is no exception. The show presents many fantastic story arcs and scenes through great soundtracks that really tie the two together. From atmospheric music to classic rock songs, there’s a little something for everyone in The Walking Dead’s soundtracks.

Did you know that each season has a unique collection of tracks to help build up the tension or just to represent the chaos and confusion created by the zombies!

These special sound mixes are blended and composed by two talented musicians, Bear McCreary and Michael Suby. The artists manage to create a perfect blend of dramatic atmosphere, orchestral themes, and electronic tones that add a very Gothic feel to the series.

When it comes to creating suspense, weapons can make or break a show. But, in a post-apocalyptic world like The Walking Dead, when one’s life is on the line at any given moment, guns are far from your only option for self-defense.

There are more ways to kill than there ever were before, and characters in The Walking Dead leverage knives and swords with just as much skill and effect as they do firearms.

From Daryl Dixon’s crossbow and Michonne’s katana to Rick Grimes’s riot gear shotgun and Woodbury arsenal, each character has unique skills (or lack thereof) that keep viewers watching every week.

Romantic Drama to Spice Things Up

The characters and stories are where The Walking Dead shines. It’s one of those rare shows that can be both a romance and a blood-and-guts drama, especially during the first few seasons.

Every love triangle, every plot twist, and every intense moment is more exciting because these characters draw you in with their on-screen charm. And while there’s enough sexual tension between Rick and Lori to make you blush, don’t let it fool you. This is a show with some serious gore.

What’s more, with the romance between Rick and Michonne deepening and Daryl’s crossbow-wielding eye on Carol, plenty of verbal fights escalate quickly into attraction. The Walking Dead’s TV couples add yet another interesting aspect to the show!

The Walking Dead features strong female characters who don’t fit the typical “female lead” typecast. From Michonne to Carol, Maggie to Beth, and Andrea to Judith, these women are constantly stretching their mettle and revealing the depth of their characters without sacrificing femininity or becoming caricatures.

Even in season one, when the zombie apocalypse breaks out, and everyone scrambles to stay alive, they don’t just sit back as helpless little wives or daughters.

Instead, they lead the battle for survival by using whatever resources they can find to aid their survival—be it their innate strength or their sharp intellect.

One of the most popular characters in the series is Daryl Dixon. A crossbow-wielding redneck, Daryl has a magnetic personality and unwavering loyalty to Rick Grimes. Daryl’s fearless nature, quick wit, and laidback attitude have made him one of the more interesting characters on television.

It’s always fun to watch Daryl dominate some zombies, which he frequently does throughout the show!

Without him as an ally in the zombie apocalypse, you would have almost no chance of survival. He doesn’t even flinch when shooting them point-blank in their brains. After all, he knows that if they aren’t dead already, then they’re not human anymore anyway.

It’s Based on a Famous Comic Series

Did you know that The Walking Dead is based on a best-selling comic series by Robert Kirkman? However, when The Walking Dead first hit bookshelves in 2003, it did so quietly and without much fanfare.

But with its first issue, The Walking Dead introduced a brand new concept of zombie story to the masses. It added an emotional component that had been missing from zombie stories for years and allowed the reader to connect with Rick Grimes on a whole new level. Readers follow Officer Rick Grimes with generous curiosity as he tries to stay alive in this new world where no one is safe.

The Walking Dead was literally read by millions of people, and it inspired most of the TV series characters as well as many of the storylines. In fact, the show has such a dedicated horde of fans who continue to make it one of the most popular shows on TV year after year.

A New Season Every Year

With a show that’s always active, there’s no waiting around. ​​Since Season 1 aired in 2010, The Walking Dead has released a new season each year (for now). Whether you’re new to this gore-fest or have been watching since the beginning, each season is only 16 episodes long, so you can catch up in just a few days.

While the show does spend time setting up situations for later episodes, it is never drawn out or dull. With each new season that airs, you follow the adventures of Rick Grimes as he takes on monsters, grief, and even a god or two to save his family and humanity from their destruction.

With all these reasons to watch the Walking Dead, it’s no surprise that this show is still a winner! And if you’re wondering if Rick and the crew can handle the zombie threat, it’s high time you tuned in and found it yourself. 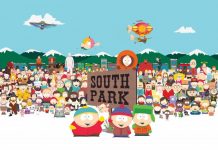 A Look at the 5 Most Popular South Park Characters