By the end of Avatar Arc of Fairy Tail’s latest season, I have seen many people complain that it made the Eclipse Portal Arc that took place during Grand Magic Games seem pointless. The complaint people had was that during Grand Magic Games, Future Rogue tells Natsu that Gray will kill Frosch. But during the Avatar Arc Gray seems to have no intention of harming Frosch. So after giving it a little thought, I came up with a theory of what could have possibly happened. Let’s start from the Eclipse Portal Arc. 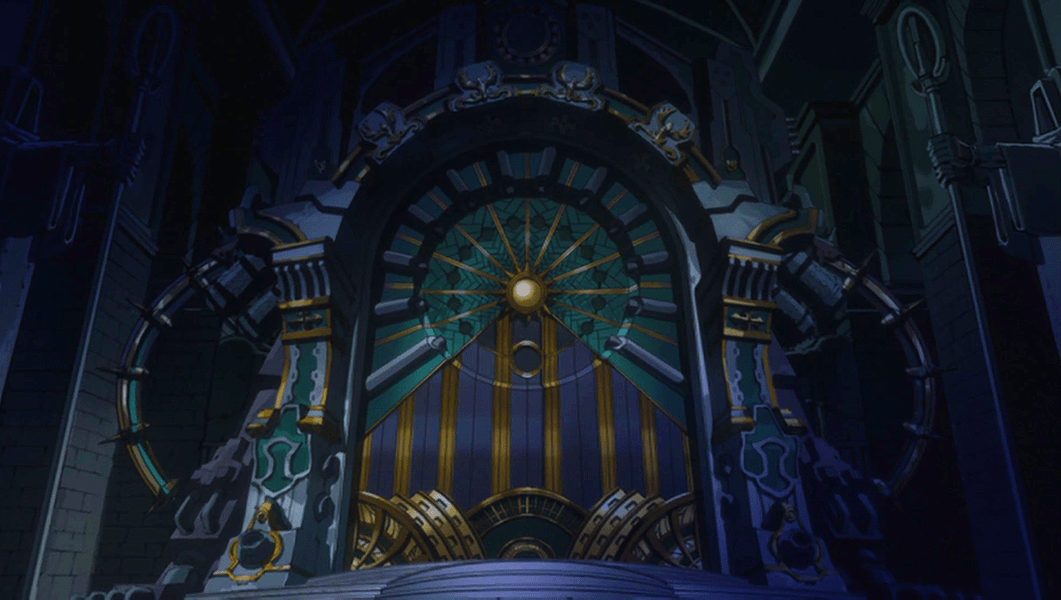 During the Grand Magic Games, Future Rogue convinces Princess Hisui to open the Eclipse Portal. He planned to bring dragons to year X791 to wage war upon humans. At the end of the arc after being defeated by Natsu, Future Rogue reveals why he did all this. Future Rogue tells Natsu to protect Frosch one year from now as Gray Fulbuster will kill him. Though Future Rogue saying this wasn’t revealed to viewers until Avatar Arc. 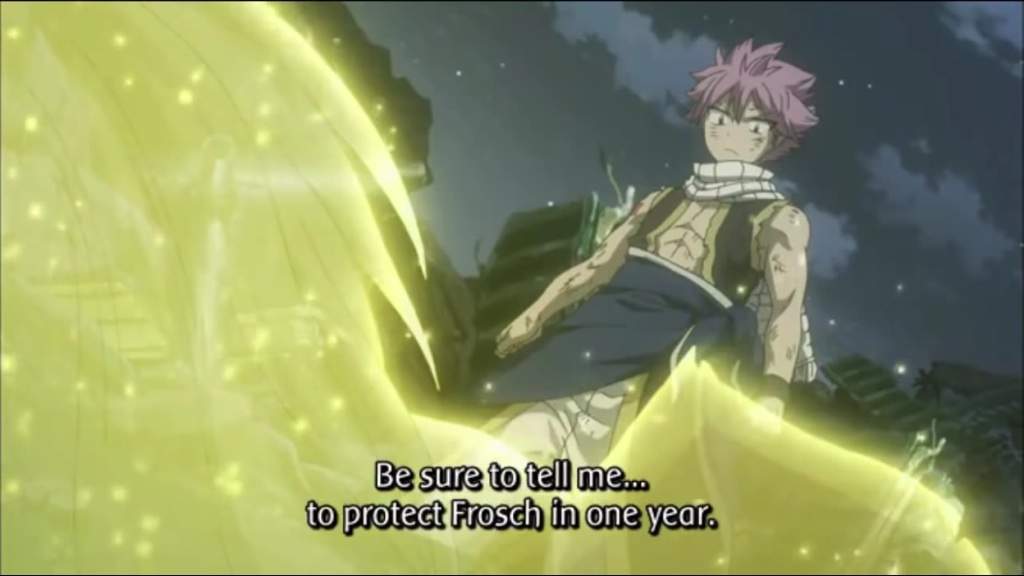 Coming to the Avatar Arc, Hiro Mashima made it look like Gray had turned evil and joined ‘Avatar’, a cult that worships Zeref. This sure made everyone think that at some point in this arc Gray will try to kill Frosch. But it turned out that Gray had infiltrated the Avatar Cult acting undercover while working with Erza to stop Avatar’s plans. At the end of this arc, we see Frosch leisurely walk up to Natsu and party which made Natsu worry about Gray’s next action. But to Natsu’s relief, Gray found Frosch cute and began petting him. This made many viewers feel that whatever happened during the Eclipse Portal Arc seemed pointless. But I think it didn’t. 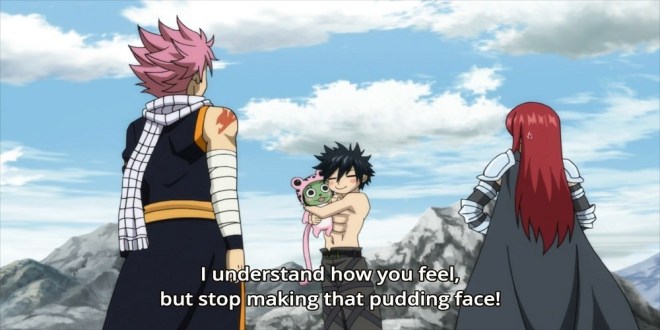 Let’s think of the timeline of Future Rogue and the Fairy Tail right now as two separate timelines. When Lucy and Yukino closed the eclipse portal and the dragon slayers defeated the dragons and Future Rogue, that changed the future. Which means all the incidents that will take place in the future have now changed. Thus, we don’t know what incidents took place in Future Rogue’s timeline.

Now as for why Gray killed Frosch in future Rogue’s timeline, the answer could be his demon slayer magic. During the fight with Alvarez, Invel one of the twelve spriggans tried to bring out the dark side of Gray’s Demon Slayer magic by killing Juvia. This shows that his demon slayer powers can take over him.

In the recent timeline, since Gray got the demon slayer magic, black marks would appear on his body. He consulted Porlyusica about it and learned to control them. Another hint towards my theory would be what Natsu said while on his journey to search Gray. Natsu said Gray had those black marks on his body during the fight with Mard Geer of Tartatos. He also mentioned that the way Gray was given the Demon Slayer magic, it might be taking over him.

Now let’s imagine that Gray from Future Rogue’s timeline did not consult Porlyusica about the black marks or even if he did, he couldn’t control them. In the recent timeline, we see Gray joining Avatar as an undercover, but what if in the other timeline he joins Avatar or any other dark guild as an actual member after losing control. This could lead to an event in which he kills Frosch. Just like the recent timeline Natsu and Lucy will set out to look for Gray and will have to face him as an enemy. In the recent timeline, Natsu warned Rogue not to leave the town but ignoring his warning Rogue and Sting along with Frosch and Lector followed Natsu and Lucy to help them. Though Avatar was already dealt with by the time Sting and Rogue arrived. But in Future Rogue’s timeline where Gray is actually an enemy, Sting and Rogue will have to fight him. This could lead to Gray killing Frosch in the middle of the battle. 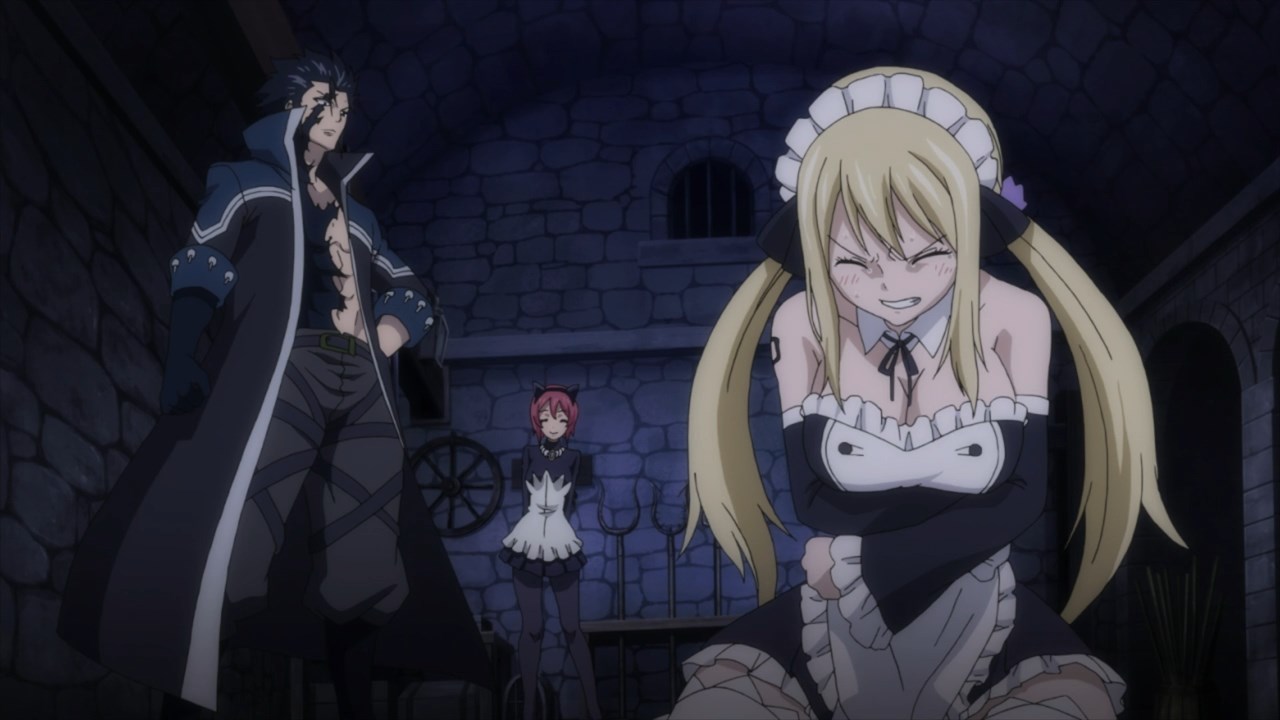 There is also another possibility of Rogue engaging in battle with Gray even without Natsu, Lucy and Erza’s interference with Avatar. In the recent timeline, Rogue and Minerva were about to set out for the Avatar related quest before Natsu took it from them. Thus, in Future Rogue’s timeline even without the interference of Natsu and Lucy, Rogue would have faced Gray. 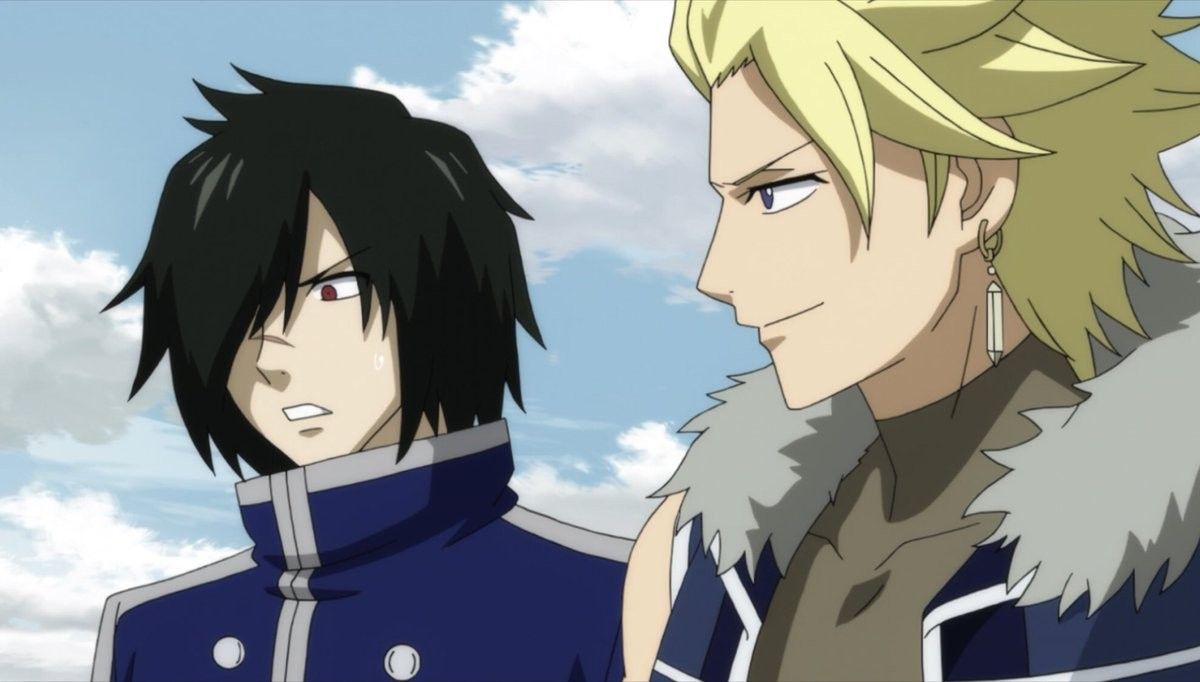 What happens after that is something we all know. Rogue is taken over by his dark powers. Kills Sting and acquires his White Dragon powers. And sets in motion his plan to destroy everyone using Eclipse Portal. 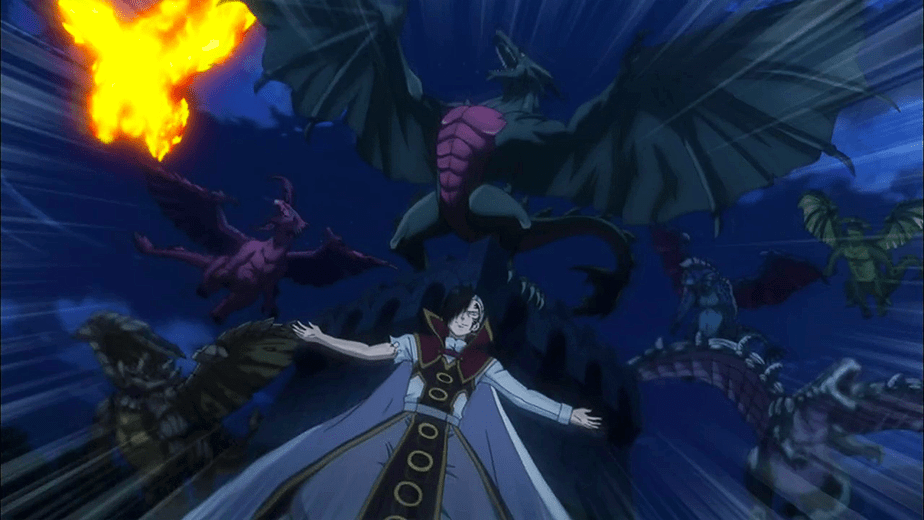 So my conclusion is that the events that took place weren’t pointless, instead, they were changed. The future changed when the past changed and thus did the actions of the characters. And I feel that the story was intended to be this way.