In this article, we will discuss the spoilers, raw scans and release date of ‘One Piece’ Chapter 968, which is set to release on 19th January. Before that let’s talk about the manga’s previous installment. Chapter 967 really felt like one of, if not the greatest chapters in the series. We always knew Gold Roger was going to be great, but the last two chapters made him one of the most distinguished characters in the series.

Roger seemed to have a comparable kind of childishness as Luffy and also the precise planning of Teach. Honestly, we never expected Roger to end up being one of the most beloved characters after only two chapters with him. This chapter shows that he really did have the greatest adventure of all time.

The title of this upcoming One Piece chapter is ‘Oden’s Return‘ which signifies that this manga installment will cover the return of Oden to Wano. However, according to leaks, we’ll also get a small conversation between Pirate King and his right-hand man, Silvers Rayleigh. Roger will tell Rayleigh that we are too early, In return, Rayleigh says with wonder that who will find the ‘One Piece‘ after them. Roger says, “My son, of course!” on which Rayleigh states that he doesn’t have a son. Roger tells him with humor that it is not that late.

We only received the leaks of a single panel from One Piece Chapter 968. When we do receive the remaining Raw and Scans we will further update this post for your convenience. 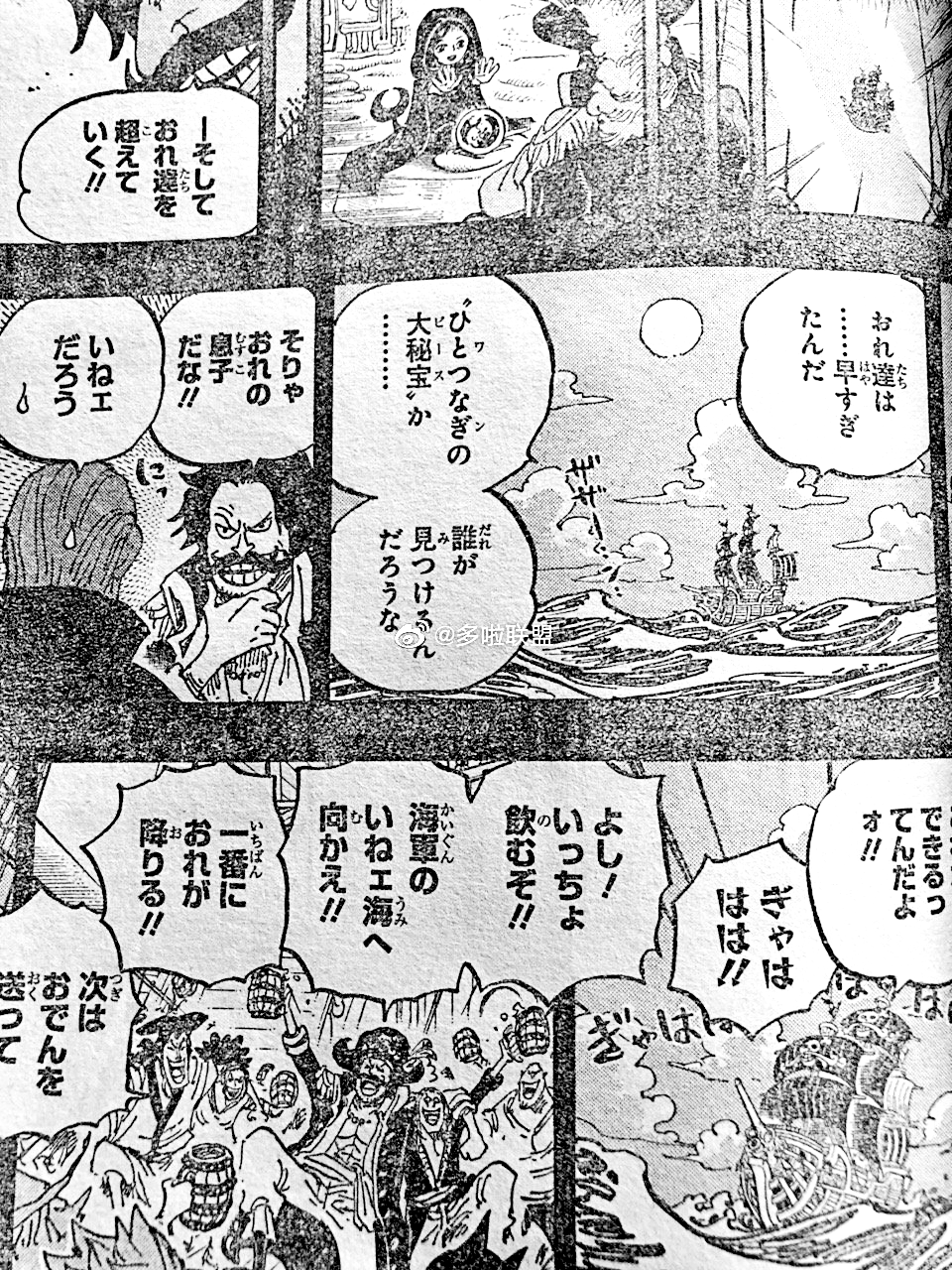 Reddit user Brikskohuh posted this panel along with the English translation.

What can we expect from ‘One Piece’ Chapter 968?

This chapter makes it look like whatever One Piece leads one to do. It needs at least Poseidon, possibly all three Ancient Weapons in order to endeavor. If right, they were too early as in there was no Poseidon active until a decade after Roger would surrender to the disease. The upcoming chapter might show us the farewell of Oden to Roger Pirates.

The flashback of Oden is almost over and expected to last a maximum of 3 more chapters. In ‘One Piece’ Chapter 968, Oden will say farewell to the Roger Pirates and returns to a destroyed Wano country. In Chapter 969, Oden will most likely confront Kaidoand his forces, It might end with Oden facing off Kaido. Whereas, the last chapter of flashback, which is ‘One Piece’ Chapter 970 where Oden will most likely get killed by the hands of Kaido and Kine’mon and Co. gets sent to the future.

Oda will take us to Wano to conclude this flashback with an inevitable end. Some fans believe that One Piece Chapter 968 will also show us how Orochi joined forces with Kaido to take over Wano.

When is the release date of One Piece Chapter 968?

Unfortunately, there is a break next week, So One Piece chapter 968 is scheduled to release on Sunday, 19 January 2020. It was stated earlier the only reason why we got that previous chapter so quick is it got leaked over a week earlier. Supposing that doesn’t occur this time at best we will presumably get the chapter on the 17th of January.

Some information we learned in the previous chapter worth sharing.

What is in Laugh Tale?

There are many things that are confirmed to be in Laugh Tale; the tale of the Void Century, the connection of Joyboy with One Piece, information on Ancient Weapons, the importance of Wano and the purpose behind D. This chapter makes the complete series so much more wholesome.

What is the main difference between the Strawhat Pirates and Roger Pirates?

Rayleigh has just been viewing the world for the past 20 years with this information in his mind. He’s had time to reflect and possibly knows they’re mistaken about some of it. Especially since we now know it wasn’t their lack of someone who could really read them. Roger could hear voices from poneglyphs and also there was Oden who could understand it. But still, they were not scholars. They probably only knew the details but didn’t realize the link or hidden meaning inside.

Now, Straw Hat Pirates has that person. The one who becomes one of the most significant threats for the World Government. The one who can understand poneglyphs as well as understanding the history, Nico Robin.

Why Gol D. Roger surrendered himself to be executed?

He wanted someone else to reach ‘Laugh Tale’ to finally achieve what he couldn’t finish before his death. By being executed, he could get huge attention and then encouraged a huge amount of people to accomplish that mission. It was just like what Yasuie did to raise the morale of Wano citizens.

Why Shanks and Buggy never reached the Laugh Tale?

Buggy got sick and couldn’t get to ‘Laugh Tale’ and Shanks stayed behind with him. So both of them have not set their own eyes at the One Piece. How much each of them knows is still up for discussion. Do they know where One Piece is, but not what it is? Or maybe precisely because they know what it is. The two don’t act like being really that engaged in getting it to themselves?