One Piece Chapter 926 is finally out and Honestly, this chapter was nice, light, and breezy. This has been one of the funniest and most relaxed chapters in the last few months, I really enjoyed it! It was a good turn of pace from the normal. Now, Let’s break down & speculate the events of One Piece chapter 927. But earlier to that, Here is a warning for you. The article ahead holds extensive spoilers so read at your own will. Support to our Twitter & Facebook for latest One Piece updates. Let’s Begin!

I’m glad Luffy has a very clear rival now before this chapter a lot of people were saying Kidd won’t match up to Luffy, his bounty is only so high because of his civilian casualties etc. They even trashed talked him because Kaido destroyed him and then the same thing happened to Luffy. Luffy and Kidd apparently are on par in base form because of the Seastones. I love how the Seastones are working as a sort of training weights.

This is apparently one of the most influential chapters in the manga as a whole because it clearly shows Luffy training his base strength because his Devil Fruit is nullified. This will be essential while fighting Blackbeard since Marshall D. Teach straight up cancels all your Devil Fruit power and any and all defense you had with it. 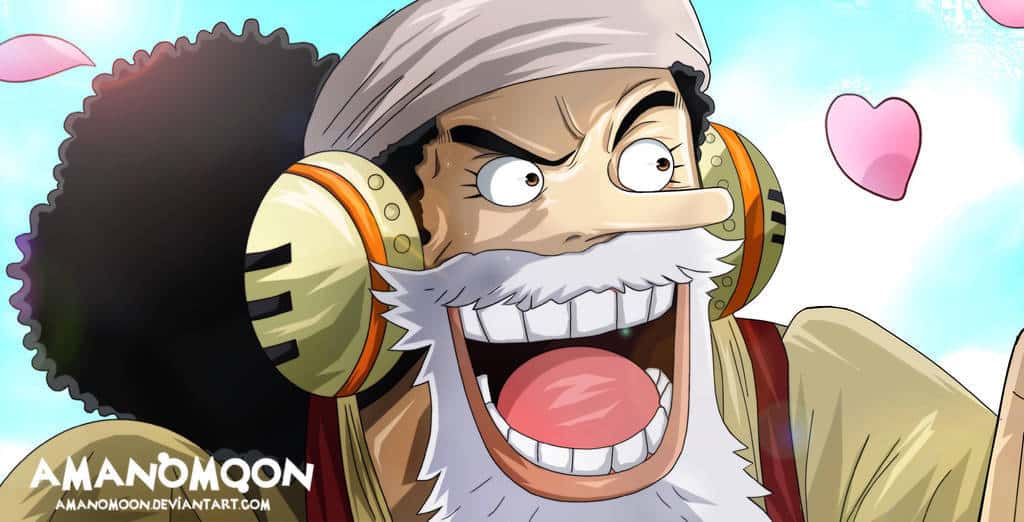 It feels weird to have the old guy say “Only samurai are allowed to carry swords in this country” and then Usopp on the same page holding a sword up in the air. I think he is mainly undercover in a busy part of town so he can wait there until he spots one of the allies that he needs to slip the signal to. He looks like an innocent merchant, but his sword secretly tell those who want to rebel that he can get them weapons? Maybe it’s going to lead to problems in One Piece Chapter 927.

Also loved seeing all the Straw Hats play their respective roles in prepping for the Kozuki rebellion. Still intrigued as to who the Wano men that Nami and Shinobu were spying on intended to sell the weapons to. If I had to guess, either the World Government or Blackbeard. Also got the feeling that the two guys in the newspapers are the remaining samurai due to the crescent moons in the wanted pictures.

Caribou was seized by X Drake following last seen supporting a rebellion against an island which appeared to fall under Kaido’s power. His knowledge of Shirahoshi will surely play a factor.

One Piece Manga 927: Who Is The Mysterious Prisoner In Kaido’s Cell? https://t.co/6r51Aannvt pic.twitter.com/JWh8zYP7t8