One Piece’s Sanji Gets Funny Easter Egg In Jump Force

Although this prospect is kind of exciting, Jump Force actually included a strange albeit funny easter egg for One Piece’s Sanji. A video shared by IGN revealed the easter egg. I feel strange myself saying this but the easter egg is that while fighting against women, Sanji is unable to do any damage! 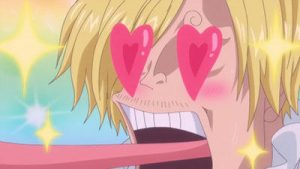 At one point of time, Sanji goes against an all women team made up of Kuchiki Rukia from Bleach, Kaguya from Naruto, and Boa Hancock from One Piece. Instead of fighting like he normally does, it seems that he suddenly has hearts over his eyes. It seems that evidently, he has fallen head over heels for these women.

But it is just not an editing gag. It goes further than that. When going up against all these women he cannot even use his usual fighting moves and is rendered to only throw hearts at them without doing any damage whatsoever. On top of all this foolery, he seems to have developed a new move called ‘grab’, where he literally grabs one of the women and tries to court her until she strongly rejects him with a strong slap. 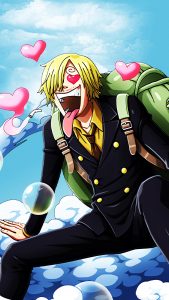 Similar to the anime, this kind of treatment does not deter his determinations to court these women and stays intact throughout the video. Fans are familiar with this side of Sanji but it comes as a major setback. Crushing so hard on women flips his personality altogether. He cannot think of anything else other than trying to date these women.

In One Piece: Burning Blood we saw similar characteristics in Sanji so this easter egg is not entirely new. The developer of that game was also Spike Chunsoft, so maybe they carried the easter egg over into this game as well.