Not all super hit anime need action, drama, romance,  and supernatural like genres to hook otakus from all around the world. Psychological is one such anime category. It keeps its fans always on their toes with its complex mind games, unexpected twists, and turns, and mind-boggling plots. These type of anime play with your psyche and mind in such an unthinkable way that keeps you wondering about it long after it is completed.

The anime listed below are among the best and most viewed of all time. All of these are highly recommended if you want your brain to go sprinting. So, if you are looking for anime that can keep you engaged all day-everyday, enjoy!

P.S. – The numbering here does not signify anything. All of them are equally great. If you happen to know any more that have not been listed here, feel free to comment down below. 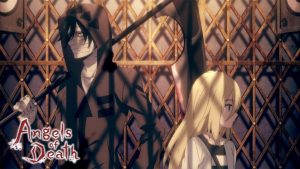 A 13-year-old girl named Rachel awakens to see that she is confined in the basement of an abandoned building. Confused, she wanders around the building and stumbles upon a man, wrapped in bandages. The man introduces himself has the grim-reaper and wields a sickle. They don’t know why they may be trapped inside a building or what fate has planned for them but they will desperately try to find a way out. 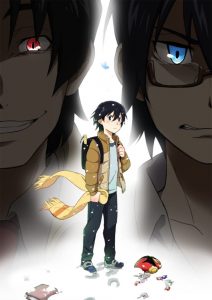 Satoru Fujinuma, a manga artist, somehow possesses the ability to go back in time before life-threatening incidents, which he calls ‘Revival’, to prevent them from happening. But this time when he is accused of murder, he is sent back 18 years in time allowing him to prevent the kidnapping of his then classmate, Kayo Hinazuki. This is his chance to make things right. 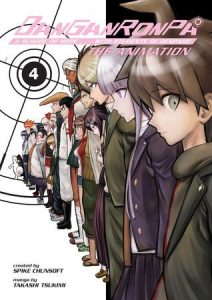 Makoto Naegi, along with 14 other high school students take admission into a new high school only to find out that they have been trapped here forever. The only way to graduate is to kill one of the other 14 and get away with it. If the other classmates catch the killer, only the killer is executed but if they fail, all of them except the killer will be executed. The school is presided by a bear named Monokuma who sets all the rules and decided the execution procedure. Which of the 15 will survive the bloodbath to come? Will they ever escape? 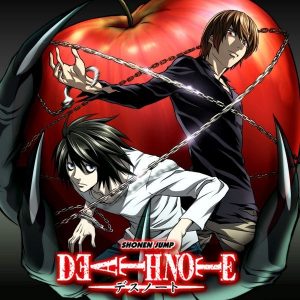 Light Yagami, a high school student, one day stumbles upon a notebook titled Death Note. The rules of using this book are that you can kill any person by writing their full name in the notebook, provided you have seen their face. Light, troubled by the current state of the world, starts to experiment with the book. Soon he realizes what a great weapon he has landed upon and sets off to kill every criminal to create a new world. Police, however, soon discover that a killer is on the loose which specifically targets criminals and therefore they request the assistance of the best detective in the world, a young man named L. 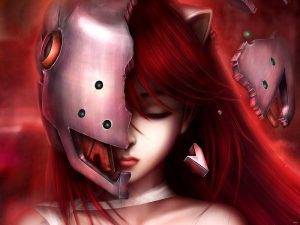 Lucy is a ‘Diclonius’,  a special human breed that has short horns on the head and invisible telekinetic hands. She has been a victim of a government experiment and so one day as soon as she gets the chance, sick by the torture, escapes leaving a bloodbath in her wake. During her escape, she receives a head injury which causes her to have split personalities, one of a child that has trouble even speaking.  Two college students, Kouta and Yuka, unknowingly take her into their care in her state of instability and get caught up in the shadowy world of government secrets and conspiracy. 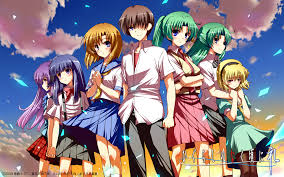 As the village prepares for its annual festival, Keiichi learns about the local legends and he discovers that there have been several murders and disappearances in the village in the recent years and that they all seem to be connected to the village festival. Keiichi tries to ask his new friends about these incidents, but they are suspiciously silent and refuse to give him the answers he needs. As more and more bizarre events occur, he wonders just what else his friends might be keeping from him, and if he can even trust them at all. It aired from April 5th, 2006 to September 27th, 2006. 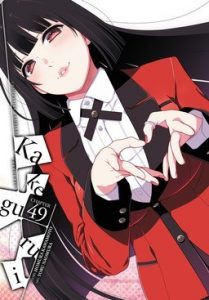 Yumeko Jabami,  a transfer student, is ready to try her hand at gambling and her erratic way of dealing can bring about new change of events. This anime aired from July 1st, 2017 to September 23rd, 2017. 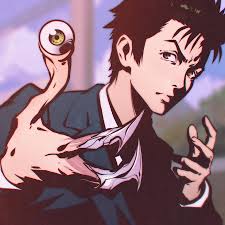 Luckily, parasite id not able to take control of Shinichi. Forced to have a co-existential relationship, they have to defend themselves from predators. This anime aired from October 9th, 2014 to March 26th, 2015. Revealing himself to be an actual entity, Deus grants Yukiteru a “Random Diary,” which shows highly descriptive entries based on the future and forces him into a bloody battle with 11 other holders of similarly powerful future diaries. This anime aired from October 9th, 2011 to April 15th, 2012. In a twist of fate, Kaneki is saved by the enigmatic waitress Touka Kirishima, and thus begins his new, secret life as a half-ghoul/half-human who must find a way to integrate into both societies. This anime aired from July 4th, 2014 to September 19th, 2014.

The writer of the article “Top 10 Best Psychological Anime” is Gitanjali Mishra. Connect with her on Facebook. 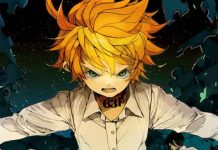 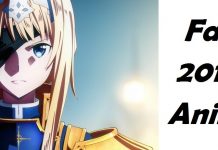