Hungry, tired and fed up with the forest environment in general, the hunters yearned for an opening. They wanted to see the outside world again. It has been way too long since they entered the forests. The woods seemed never-ending, infinite.

One morning, as usual, five people from the complete group decided where they should head to next. These five were Desmond, Collin, two from Desmond’s original team, Alvy and Panchito, and one from the mercenaries, Skell. All of them were in Demond’s tent, pouring over the map spread out on the table. Because they were in the woods, figuring out the directions and path was 100 folds difficult. Still, they had managed to stay on the path until now. Right now, they were in the thickest part of the woods, so thick that they couldn’t even send a scout out in fear that the man might get lost. All of them were rummaging their heads when suddenly Skell exclaimed a shout of triumph. Everyone looked at him and asked what happened.

“I have found the way out of here.”

“We can follow this path right by this river and we’ll be outside of the forest in way less time.”, Skell said pointing on the map with his index finger.

“Skell, if we go your way then we’ll be going in Northwest direction and the treasure map says that we have to strictly follow North.”

“See Desmond, the treasure map might be hundreds of years old. Maybe then these forests and rivers didn’t exist back then that’s why following the north might have been easy. But here we are, stuck here in the middle of nowhere with our resources dwindling rapidly. Do you want us to die of starvation or from being eaten by wild animals? Who knows what’s out here? We have to get out of here as fast as we can, and I think following my route will accomplish that. What do you men say?”

“I say Skell is right. We travel in Northwest.”, said Alvy.

“I’m with Alvy in this.”, said Panchito.

Desmond looked at his best friend but it seemed that Collin was also considering the idea of the shortcut. Although he was the leader and he wanted his team to obey him, he also wanted to keep their best in mind. And so, reluctantly, he consented for the preparations to be made. The news spread shortly and everyone seemed really excited. There was a new kind of energy in the camp despite the neverending tiredness. But Desmond couldn’t shake off the feeling that something wrong was going to happen. He tried to shake it off by making himself believe that he was just being paranoid, but was unsuccessful. Soon, the wagons were ready to go and this time instead of Desmond riding in the front wagon, Skell rode it. It was unanimously agreed upon that because Skell knew the way from here, he should guide the fleet. So Desmond took his place beside his friend.

“You seem a little out of sorts. Everything okay?”, Collin asked seeing the worried look on Desmond’s face.

“Yes. It’s just that I can’t shake off the feeling that this is not the right path. We don’t know what we might run into.”

“Don’t worry, my friend. You are just being paranoid and as a leader, you should be. But rest assured, everything will be alright.” 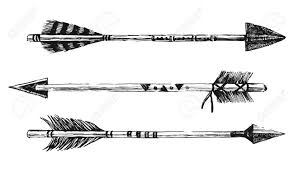 Desmond nodded in acceptance and rode in silence from then on. Soon they saw a small clearing ahead. Skell shouted in triumph and poked his head out of his wagon when suddenly he was shot right in the middle of his forehead with a poison dart. The lifeless body of Skell fell from the rolling wagon and thumped on the ground where it rolled some more. It was enough indication for everyone and they stopped the wagons so suddenly that one or two even crashed into each other. Desmond shouted everyone to get off their respective wagons and find safety in the bushes and behind trees. In the time frame in which they left the wagons and ran into the bushes, many were killed by darts in their necks or legs or backs. Desmond grew very afraid. He had to know the enemy’s location or else they will be wiped out in a mere instant. Swords were better in a close combat so to see the enemy was very vital. He couldn’t risk making even the slightest bit of noise or else the enemy might know where he hid. There was no sound for a while except for the birds chirping and the leaves rustling in the wind. Slowly, he lifted his head above the bush and saw that strange men were hiding behind trees, some were sitting on top of the tree branches spying with some kind of a bamboo stick. He ducked his head back down and told Collin what he had seen. Collin passed on the message to the other companions through signals and hand motions. In a short while, everyone knew the enemy’s position. Through signaling, they decided that on Desmond’s shout, they will come out of their hiding places and assault the enemy.

These men that the hunters had encountered were the tribal people of the forest. They treated the land of the forest as their mother and killed everyone and anyone who had trodden it. They were planning to do the same to the hunters as well. These tribal people called themselves the Zomanwan. They didn’t know the common language and spoke one that they had made themselves. They had been living here for decades. The forest had provided them with all they needed, generations after generations that is why they worshipped it. But Desmond didn’t know all that. All he knew and cared about was that these men were killing his men and he had to protect them. What else he didn’t know was that the green stone in his pocket was now pulsing with bright green light.

The writer of the story “An Adventurous Story: Treasure Hunter For Hire, Chapter XII” is Gitanjali Mishra. Connect with her on Facebook.