As soon as Desmond cried, every single one of the hunters stood up from their hideaways and ran towards the tribal people. The natives of the forest had not expected this and so, in a matter of seconds, every member of the hunter gang had cornered one of the natives. Terrified, the natives didn’t make any noise for a short while. Suddenly, the man that was under Collin’s control shouted some unknown garble as if talking to the man that was under Alvy. The second man nodded in surrender and spoke in somewhat broken English.

“Is that a threat, huh? Are you challenging us?”, Alvy said threateningly to the second man.

A gasp erupted from the hunters unanimously. Desmond stared at the second man. He seemed to be the leader of the group. Every one of these strange men seemed to agree with the leader in this decision.

“Well, strange man, I’m gonna have to let you try to come at us.”. Before Desmond could do anything about the situation, Alvy’s threat broke the ice. All of this talk had grabbed the hunters attention because of which they let their guard down. Desmond had a knife against his captive’s neck. The captive slid from under Desmond’s hand and kicked the knife out of it. He fell down, shocked from the sudden blow. This reverberated throughout the group and as if on cue, the tribals knocked the hunters out one by one. Some were being kicked in the shin, some in the chest, but none of the blows were any serious so as to fatally harm any of them. Desmond formulated that these men were not good with close quarter combat and therefore resorted to the blow darts as a method to kill and attack, that’s why their kicks and boxes weren’t strong enough. He figured that if he wanted to get his team out of here alive he would have to keep the enemy engaged in close combat and prevent them from using the darts, or else the hunters will be wiped out in no more than a second. What he had also noticed was that the hunters weren’t good with speaking English but they might understand it thoroughly so while giving commands he must be cautious so as to not let the enemy know what their next move was going to be. Thankfully, he had trained his team in such a way that they had developed hand and mouth signals to understand the commands without having to shout them. So, Desmond signaled to Collin and he, in turn, signaled to the next member what Desmond had in mind. In this way, swiftly, all of them were caught up with each other and moved in sync.

The natives had a strategy of their own. They tried to retreat in every way possible but Desmond was one step ahead of them. As they were fighting on the ground level and not on any mountain or plateau, Desmond ordered his men to cover up the side to which the enemy had its back against, with the wagons. With that side covered there wouldn’t be any place to run to. This can give them a chance to surround the enemy. It was not like thousands of men were fighting against each other. Both parties were equally small so the wagon plan worked out in the favor of the hunters. Although the hunters had swords and knives at their disposals, the natives managed to avoid getting wounded. They didn’t get hit from any of the sword slashes but at the same time, they couldn’t attack as well. The natives were running backward and fighting at the same time so they couldn’t prevent crashing into the wagons. In this way, in a matter of minutes the fight was over and from the looks of it, it seemed that the hunters had won, though at Desmond’s order no one harmed any of the natives.

Yes, Desmond was the leader of the pack of hunters but he was also very passive in nature and always wanted to solve problems in the most peaceful way possible. Yes, he was angry at the natives that his dear friends had died for nothing but he had a different punishment in mind.

“Just say it Desmond and I will slay every single one of them.”, hot-blooded Alvy exclaimed. They had imprisoned the natives and tied each one of them to a tree after stripping them of any weapons they might carry.

“Calm down Alvy. There will be no need of that.”

“I know Alvy, they have killed our friends today but nothing good comes out of violence. We will think of some other way to deal with them.”

“What? Are you serious? You don’t care, do you? Maybe we are just laborers to you, slaving away for your own selfish purposes. But I do, okay? I will not let these savages live until I am alive.”

“I get your feelings my friend, and I care. You all have become a vital part of my life now.”, he put his hand on Alvy’s shoulder and continued, “I will punish them. Don’t worry. Just trust me. Do you trust me?”

After a short while, the hunters collectively stood in front of the leader of the natives who was bound to a tree. In spite of getting defeated and expecting death on the door, his eyes were fierce and glowed with the light of determination.

“Yes! Yes! Yes! Desmond, see, the man himself is saying to kill all of them. I say, let’s. Let’s kill every single one of them.”, Alvy shouted with his teeth grit together.

“Calm down, Alvy.”, Desmond said in a slow, soft voice.

“Come one now Desmond. Let’s show them what we are made of. Come on, be a man. Are you afraid of something, huh “Leader”? Are you scared? Come on, Desmond. Don’t you have any balls? What kind of a leader are you if you are scared of killing?” 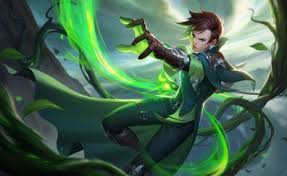 “I. SAID. ENOUGH!”. Desmond’s voice morphed into a deep growl. His eyes were green, to begin with, but now they glowed with a green so bright that when he looked at Alvy, eyes wide, it terrified Alvy for his life. All Desmond was trying to do, was to push Alvy by his shoulder but what happened next was not how he intended it. Fluorescent green light emitted from Desmond’s palm center which hit Alvy on his right shoulder. He was thrown back a couple of feet, then he dragged on the ground and came to stop right at the bottom of a tree. He fell unconscious, his shoulder bled uncontrollably and the smell of burning flesh filled the air.

The writer of the story “An Adventurous Story: Treasure Hunter For Hire, Chapter XIII” is Gitanjali Mishra. Connect with her on Facebook.