“You have to take this stone, my boy. Ever since you defeated the monster, it has been calling out to you. I began to see premonitions of the future because of it. It has cost me I don’t know how many night’s sleep. Take it. It’s yours.”, Aurel pleaded.

Desmond was utterly shocked at this turn of events. He didn’t feel anyone calling him or anything, was this old man making a fool out of him? And this stone, why did it have such a vast energy with it? What was it that I felt as soon as I touched the thing?

When Aurel had handed Desmond the shiny, green stone, he felt a surge of power rush through his entire body. He could feel it running through his veins. Desmond suddenly felt that if he tried to even jump, he would start flying. All his life, he had been teased and made fun of by people, not only because he was a unique boy but also because he was very weak. That’s why he had trained himself in the art of swordplay, day and night. He worked hard to achieve what he was right now, what power he had, what strength he possessed. But this felt different, on a whole new level. It felt magical.

“What is the matter, boy? You haven’t said anything for a long time now. Is everything alright?”

“I am just wondering what am I supposed to do with this? I don’t see any use out of it.”

Dazed, Desmond noticed that it was getting really late, he was getting very tired and his friends might be wondering where he went off to. So he thanked the old man for all his help, for all the knowledge that he shared with him and retired for the night.

While going back to the guest hut, a hut that had been furnished for all the hunters for the night, the word of Aurel kept coming back to him. He still couldn’t shake off the feeling he first felt when he touched the stone. Although the surge of power had reduced in intensity, it was still present in his body. He could feel it ebbing away slowly, very slowly. For the time being, he had kept the stone in his right pocket, unconsciously. Desmond left it to his future self to deal with this situation. For now, all he could focus on was how he would fall dead on his bed.

Long, long time ago, even before Esterdell came to be, existed a place named Oldholt. It was no kingdom, neither was it any village. It was the name of the palace that existed at that time. There were no separate villages or kingdoms in this world. Everyone lived together in peace and harmony. There used to be no fights in this world. No arguments, no ill-will. Oldholt was the most beautiful palace then and it was so huge that it had automatically become the common landmark for everyone. Its peaks soared to the sky and width was spread in acres and acres of land. Beautiful gardens, that had massive fountains and hundreds of species of plants, adorned its boundaries. The owner of the palace was not one rich person. No, in this world, everyone owned everything. All the people invested some amount of their money in order to build Oldholt. But the mastermind behind the idea of building a massive palace was a woman named Annabal Dealmeida. She convinced the people to give their money to her so that she can help the world prosper. She had a vision which was to meet people from distant lands. To accomplish this dream she built Oldholt so that people would come from far away places as tourists. 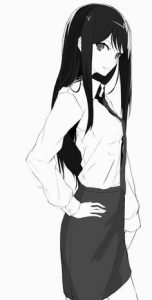 Annabal was a 30-year-old lady with long black hair, big brown eyes, and a very sweet nature. But behind that nature resided a beast, the beast of her mind. She didn’t even realize that when she got angry, she would burst into flames, literal fire, which burned her clothing and she grew 5 times her size. After the bout of anger subsided, she usually found herself in her bed, all her clothes burnt and extremely dizzy. Frantically, she used to ask her handmaids what had happened but they remained silent. This used to happen very often. To curb this, people prevented anything and everything which can possibly make her angry. This was also the major reason why people were fairly quickly convinced when she proposed the idea to built Oldholt. They didn’t want to anger her and they thought of her as a supernatural being ascended from heaven for their betterment. Because she didn’t like the extra attention and love people gave her, they used to worship her in secret.

One such peaceful day, a few merchants came from a faraway place to visit Oldholt. They had heard of the palace’s beauty and prosperity from hundreds of miles away and was tempted to travel the distance to see it at least once in their lifetime. The merchants were welcomed into the palace by Annabal herself. They were given special rooms to stay and were assigned personal guides to tour the palace in the space of three days. One night, the merchants were dining with Annabal and one of them jokingly mentioned what an honor it would be to own such a magnificent palace. Everyone laughed it off but it rang bells in the other merchants’ minds. That night they all put their heads together and decided to offer a price to Annabal to buy the palace. 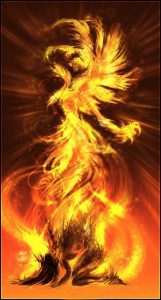 The next morning, the merchants requested a meeting with Annabal. They offered her the money to give the palace to them. Annabal blatantly refused to give the reason that nobody owned this, and everyone had contributed to making it one way or the other. The merchants were prepared for an answer like that so they proposed even a higher price. Annabal kept saying that the palace was not for sale but the merchants kept insisting raising the price higher and higher. Soon, she started getting angry. She slowly grew up in size and burst into flames. This terrified the merchants and in fear one of them pulled out a gun from his back pocket. He pulled the trigger at Annabal. Thankfully, his aim was not straight and the bullet grazed her shoulder but it was enough for her to faint.

The writer of the story “An Adventurous Story: Treasure Hunter For Hire, Chapter IX” is Gitanjali Mishra. Connect with her on Facebook.