A Woman With Split Personalities

Narrator: Erica is going on a date with a guy named Todd which Peach(Erica’s 3-year-old alter) thinks is bad. She wants to warn mommy about the guy but their connection is momentarily lost as Erica is excited about the date and she did not bring her journal with her too.

Todd is a tall man with brown hair, black eyes and tonight he especially wanted to look good because he has asked out the cute girl he met in the club. He was waiting outside Erica’s house, about to ring the doorbell, when the door opened and she herself came out. She was looking really pretty this night. She wore a black ankle length, backless dress with silver glittery heels and her hair did in a bun. He stood stunned for a couple of minutes, transfixed by her beauty.

“You are looking really beautiful!”, he said.

She shied, looking at her feet and said, “Thank you, you are looking good too!”.

He bowed his head and said, “After you m’lady”.

Erica giggled at this and started walking towards his car. They both then drove to the restaurant where Todd had already made dinner reservations. The restaurant had mood lighting and slow, romantic music playing in the background. It was a fancy place where Erica never would have stepped foot in herself because it was that expensive. They handed their coats at the reception and a waiter showed them to their table. The table was brightly lit with candles at its centre with a beautiful bouquet of red roses. Todd took one of these roses and handing it to Erica, he said, “For you!”. Erica blushed visibly and thanked him for it. He took her chair out for her to sit and then he himself seated opposite to her.

“Before we start eating I must tell you how much I’ve been waiting for this date. I kept thinking about you since we met and it took a lot of courage to make that phone call.”, he said smiling romantically and then took her hand in his and kissed it while making eye contact.

Erica was rendered speechless. She never expected the cute guy from club to become a romantic potential date guy. All she could manage to do right then was blush and giggle lightly.

“Yeah”, was all she could say. This guy had, unexpectedly, blown her away. So then they ordered food, he had a seafood platter and she ordered pizza. At this point in time, she completely forgot about Peach and their little situation. He was constantly maintaining eye contact with her from across the table and she couldn’t help but blush uncontrollably. His smile practically made her heart leap out of her mouth and throb loudly. As the evening grew, she became very conscious of her heart going lub-dub thunderously.

After eating dinner, he silently asked for her hand, they both stood up and started dancing to the slow music in the middle of the restaurant. Every eye was on them but she didn’t care who watched, she was finally so happy after such a long time. His hand was on her lower back and he pulled her really close to him. Their face was inches away from each other and their eyes were locked tight. Todd made Erica feel all kinds of butterflies flutter in her stomach. As their dance ended everyone started clapping. However much fun and romantic this was, it was getting really late and both of them had work the next day so they paid their bill and drove to Erica’s house.

First date goodbyes can be really awkward and it was not different for her. She fumbled a bit and then shyly asked him if he would like to come inside for a drink. He agreed to it and they both went inside. She told him to make himself comfortable and went into the kitchen to get the drinks. Out of nowhere, she felt two arms wound themselves around her waist and a set of foreign lips kissing the side of her neck. She freed herself, spun around and pushed Todd away from her. She shouted, “What the hell are you doing?”.

“Nothing baby, just trying to make you feel good.”, saying this he suddenly grabbed Erica by her waist and started forcibly kissing her on the mouth.

Erica pushed him again, this time harder and said, “I did not ask you for your help. Who gave you the right to do this? Get out of here right now or else… ”.

“What will you do huh? You gonna call the police? I’ll teach a sl*t like you a lesson first.” And then he slapped her, so hard that she fell to the floor, blood spewing out of the corner of her mouth.

He picked her up off the floor by her hair and said, “You’ll threaten me huh? Women like you deserve this.” And then he punched her in the stomach.

Before you read further, let me introduce you to the remaining two alters that Erica hasn’t met yet, viz., Angel and Martha. Angel is a 16-year-old girl who is very short-tempered. She gets angry easily and is very violent in nature. She will go to any length to protect Erica. Martha, on the other hand, is a 40-year-old lady who acts like a mother to the system(all of the alters and the host together). She takes care of everyone and keeps everything under control. She is very calm and mature. Now back to the story. 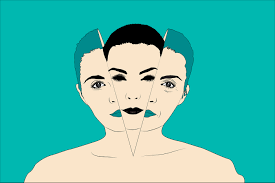 Everything that happens with Erica can be seen and felt by all of her alters, because of which, as Erica began to faint, Angel, took control of her body. She wobbly stood up, stared at Todd with anger in her eyes. Seeing this sudden change in attitude Todd got terrified a little but composed himself a second later and lunged forward to beat her again. In this split-second, Angel grabbed a knife from the kitchen counter and as he lunged towards her she plunged the knife in his stomach. Shocked, he looked down at the knife, he looked at her and then he fell to the floor, dead. A couple of minutes later when Angel calmed down Erica became conscious again and found Todd dead on her kitchen floor, blood pooling around him.

The next chapter of “A Woman With Split Personalities” will follow soon.

The writer of the story “A Woman With Split Personalities: Dissociated Journal, Chapter III” is Gitanjali Mishra. Connect with her on Facebook.