Buggy is a legendary pirate on his own right being a member of the Roger Pirates, but he also holds a Devil Fruit if awakened, it could be one of the most powerful Devil Fruits in the entire series. 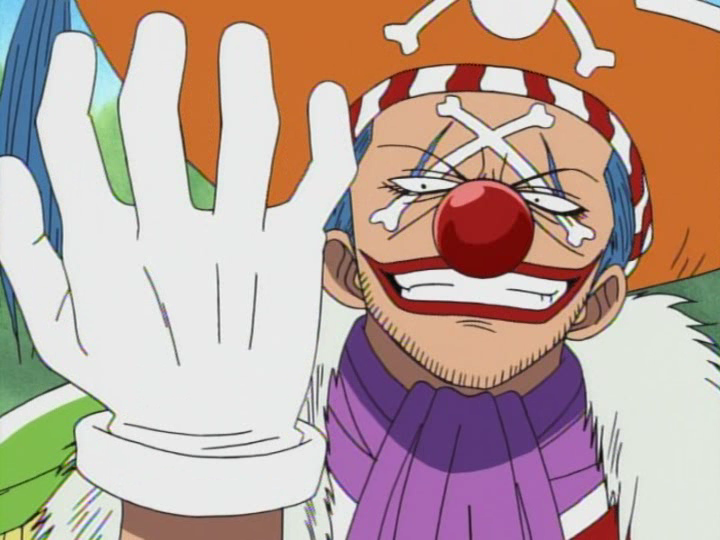 Bara Bara no Mi: enables the user to be immune to slashing strikes and to split their own body separated into pieces and control the said pieces however they wish, by levitating them away from the user’s primary body, giving the user a Splitting Human. 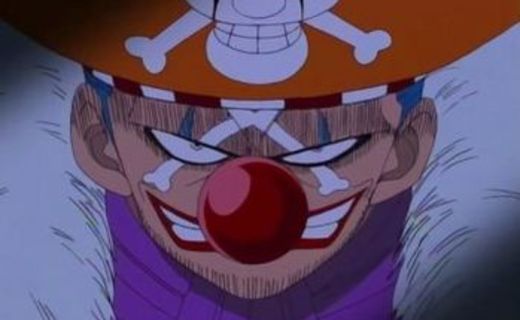 This Fruit has a lot of power in its awakened state after a close look at Law’s, Doflamingo and Shiki’s abilities. Buggy can do a mixture of their abilities if his Devil Fruit is awakened. When you think about it, Buggy can split his own body when you look at Law’s ability like making a Room but when you look at the picture above He can also levitate himself within a given area like a room. As for the Awakening Buggy can truly increase the Range of his Room but the real Awakening is actually cutting things at will. 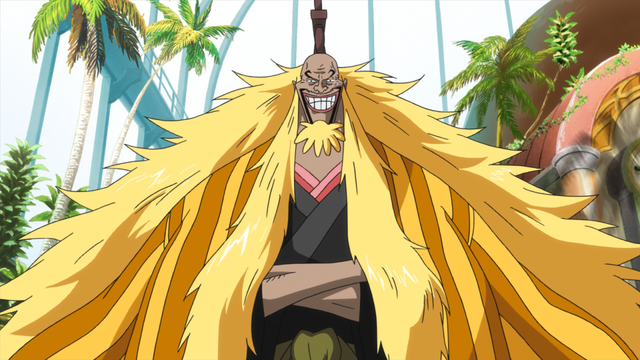 Shiki can levitate any object he touches at will, Buggy can split everything at will indicating that if you’re within buggy’s Room, He can levitate you at will and an object like a rock but the most dangerous part of this would be really splitting things like the Sea, It’s extremely dangerous to be in a battle with him in the Sea as he can either split your ship or split the ocean so you’ll fall down to the ocean depths. When you look at Doflamingo Awakening In Dressrosa, Doffy could turn the building into strings.

He could also add new body parts, In case he loses his arm or a leg buggy can improve and attach with a cyborg’s arm,  he could connect his head to a headless cyborg and control the cyborg himself. He is associated with one of the most powerful people in the whole series.

Buggy is one of the few people who can actually rouge his way to the Yonko league, If he awakens his Devil Fruit, he is virtually invincible to short range strikes. Buggy could now be worth a lot, when he was captured his bounty was 15,000,000 Berries, but since then he led a crew and escaped impel down, taken part and fought in the Marineford war, his past of being a part of the Roger Pirates and his connection to Shanks the WG admitted that they underestimated him, So if his title is replaced his bounty could go around 300-500million berries after his current and past actions. So buggy can take the role of Shanks as a Yonko if he dies in his battle with Blackbeard meaning that Buggy will avenge Shanks but might end up being a Yonko in the future.