I’m here to discuss a theory regarding one of One Piece’s most hyped characters and “World’s Strongest Creature” Kaido and his Devil Fruit capabilities. Now I know most One Piece fans assume Kaido have a Dragon Zoan class Devil Fruit because of his impenetrable body, appearance, and Fu Manchu mustache. 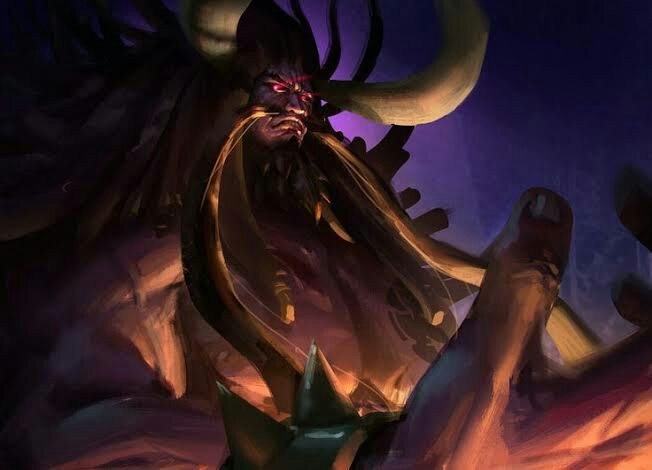 However, that’s simply because his character is based on a Mongolian theme. After all, Kaido does appear like a Mongol fighter, and he share’s a name similar to a Mongol ruler. He & his commanders are cruel, ruthless, slaughter loving only for the feel of it and have an strong urge for war with no negotiation & so were Mongolians. 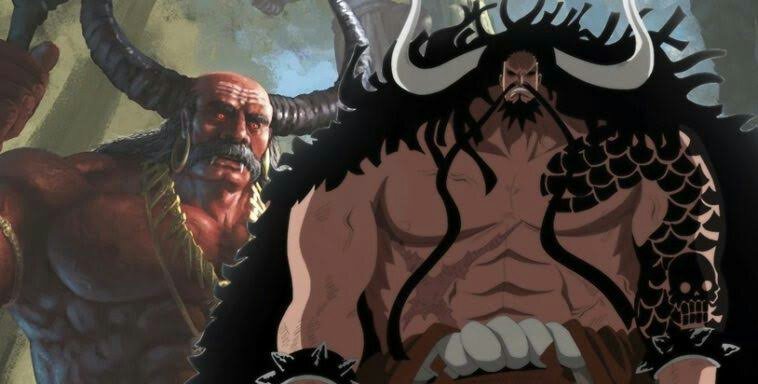 Now, let’s start with Kaido’s Devil Fruit capabilities… I assume that Kaido has a Mythical “Rakshasa” Zoan/Oni Oni no Mi, Model: Rakshasa. So clearly what a Rakshasa means? A Rakshasa is a mythological creature in Hindu mythology, a kind of demon. This mythology moved other religions, such as Buddhism.

Rakshasas were most often depicted as fierce-looking & humongous type beings with matted hair, beards and horn atop their heads, just similar to Kaido. 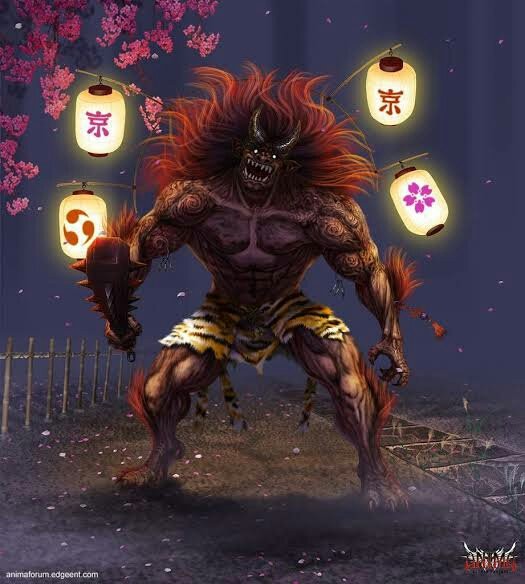 The word Rakshasa itself literally implies “destroyer”/“injurer” in the Indian language. A Rakshasa’s strike will devastate nations and destroy whole communities, most often in one night. The Rakshasa holds a supernatural degree of durability and strength, able to tear a person apart without any difficulty. Most importantly it’s also a shapeshifter and has the ability to alter their shape at will & appear as any animal. I’m of the thought that his epithet “Kaido of the 1000 beasts” is most likely based upon his power to transform into any creature with ease.

Now, as I stated above that the Yonko’s character is based upon Genghis Khan, & the ruler himself has been named a Rakshasa by many authors, K.Benett in his book ‘The Year Of Eating Dangerously’ writes:
“Being a Rakshasa requires something more than normal, everyday evil. You have to be like a Genghis Khan.”

Another of my reasons to think that the Yonko have this specific Devil Fruit is that, similat to Kaido several Rakshasa’s had an impenetrable skin which serves as an armor, for Example– Vritra a demon possessed the hide invulnerable to any known ‘Astra’ or ‘Shastra’.

So, that’s all. These are my thoughte for believing that Kaido ate the Oni Oni no Mi, Model: Rakshasa.